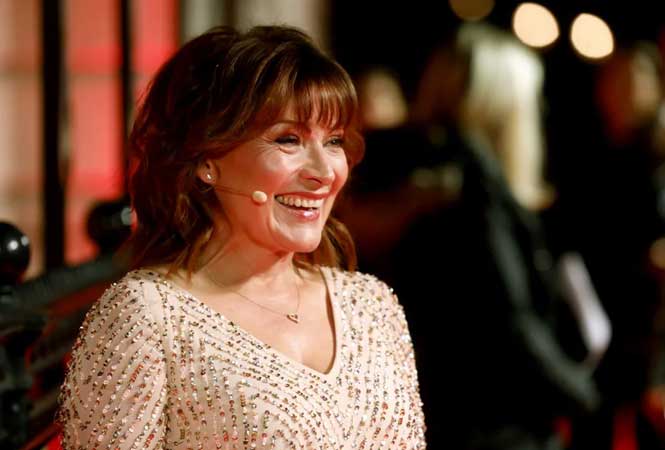 Lorraine Kelly joined TV-AM back in 1983, but little did she know she would be a breakfast TV stalwart 37 years later, especially as she nearly lost her job right after having her daughter in 1994.

Speaking on White Wine Question Time, the breakfast host said that shortly after the birth, she was told there was no longer a job available for her.

“They told me not to come back,” she told podcast host Kate Thornton.

“They basically said ‘Thanks very much and cheerio!’ because they had someone else. They had Anthea Turner that they had brought in to present with Eamonn (Holmes). It was a long, long time ago — 27 years ago — because Rosie is 27.”

Prior to then Kelly, who started as the Scotland correspondent on the show, went on to help relaunch the breakfast show when it became GM-TV, sitting on the sofa alongside male hosts Mike Morris and Holmes.

She said losing her job, just after having her daughter, was scary.

“It really was frightening,” she revealed. “I had this really tiny baby and I wasn’t sure what was going to happen.”

Thankfully for Kelly, her saviour came in the form of a brand who wanted to sponsor a slot on the show and would only use her for it.

She told Thornton: “Luckily there was a mum and baby company — I think it was Cow & Gate or something — who wanted to do a mum and baby slot. They wouldn’t do it unless I did it, so that was a way back, if you like, and it was so successful that they ended up giving me my own show.”

Kelly has outlasted any other presenter of ITV’s breakfast show, surviving all the iterations of it. She’s been presenting her own segment of the show since 2000 and she said it shows that when things seem bad, there’s often light at the end of the tunnel.

“I went from co-presenting a show where I had to get up at two in the morning to doing my own show, where I could work with childcare,” she said.

“That was amazing. I could work round it, because she was so tiny, and I could bring her in. It just shows you never know when you think things that things can’t get any worse than this Sometimes, you have to sort of trawl a wee bit through some dark, but it does work in the end.”

It wasn’t only when she was tiny that Rosie Smith enjoyed being at the ITV studios. She told Thornton that one of her very favourite memories was as a young girl coming down to the show every summer.

“There was always that week, at the end of summer, your last week of the show, and I would always come down from Scotland for it,” Rosie said.

She continued: “We’d have a week in London. The sun would be out because it was summer, and I feel like every sort of year that we did that was just really, really lovely. We’d always go out for drinks after — well, I was a teenager — but you and your team would go out for drinks, and I would come with you, and it was always really lovely.”

Smith, who studied journalism at Napier University in Edinburgh, is keen to follow in her mum’s footsteps and the pair have produced a new podcast – What If? – together. While Kelly has her worries about Smith going into journalism, she’s really enjoyed working with her.

She told Thornton: “I think because it was a podcast, and you have a lot of control over the podcast. We book the guests, and we do all the questions and the research and things like that, so I think that that was important.”

“She does things with me because she enjoys it But at the end of the day, she you know, she wants to write. That’s a huge, big part of what she wants to do as well, but it doesn’t mean to say you can’t do other things too. But really honestly, it’s just about putting in the graft.”