Hailey Bieber says ballet has inspired her while modelling 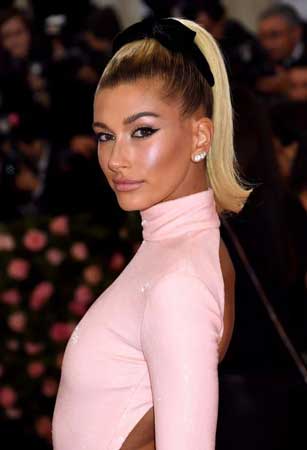 Hailey Bieber has said that ballet has shaped the way she sees the world and influenced how she views movement.

The American model’s first career aspiration was to be a professional ballet dancer and she attended New York’s American Ballet Theatre in summer during her teenage years, but her training ended after a foot injury.

The 24-year-old told V Magazine: “I used to be a ballet dancer, and I think watching ballet has totally shaped how I see and feel movement.

“It has inspired me so much.”

Discussing her move into modelling, she said she was “inspired by seeing the imagery come to life through the clothes, hair, and make-up” and that she loved “being transformed and seeing myself in so many different ways”.

Bieber also teased that she already has a sketch of her Met Ball dress for the delayed fundraising gala in New York in September.

Asked for her advice on how to move forward this summer after the last year, she said: “My advice would be to be really present in every moment.

“Lift our heads from our phones and just really be. Find new appreciation for the little things.”

She got engaged to singer Justin Bieber in July 2018, and the couple confirmed they were married on September 30 2019.