US, Turkey battle over extradition of shadowy fugitive 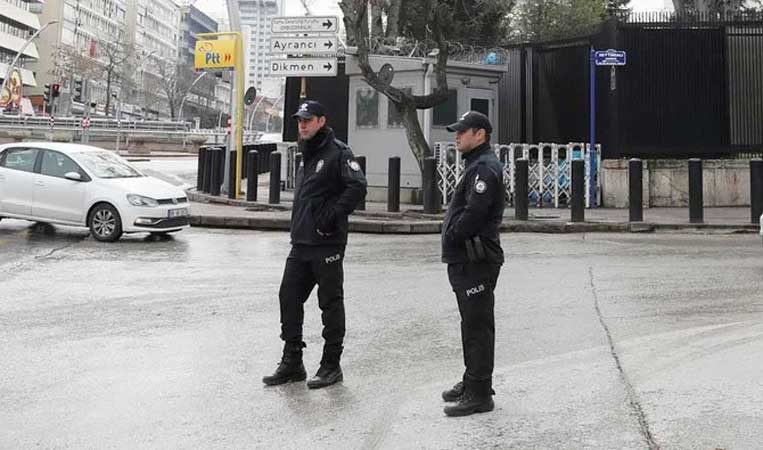 A fugitive Turkish businessman who wants to return home to avoid US prosecution is due to appear in an Austrian court on Monday carrying secrets with potential geopolitical ramifications.

The list of scandals implicating businessman Sezgin Baran Korkmaz is long, stretching back to the early months of former US president Donald Trump’s administration.

It also involves a cast of colourful cohorts, including two polygamist sectarians in Utah, Jacob and Isaiah Kingston, and a California-based fuel company owner named in US documents as Levon Termendzhyan.

US prosecutors allege that Korkmaz laundered more than $133 million in fraud proceeds through bank accounts that he controlled in Turkey and Luxembourg.

They accuse him and accomplices of using the money to buy the Turkish airline Borajet, hotels in Turkey and Switzerland, a yacht called the Queen Anne, and a villa and apartment overlooking the Bosphorus in Istanbul.

The superceding indictment, unsealed last month, charged Korkmaz with one count of conspiring to commit money laundering, 10 counts of wire fraud and one count of obstruction of an official proceeding.

He was arrested on June 19 when Austria acted on an international arrest notice and is due to appear in court on Monday, his lawyer said on Twitter.

American prosecutors want him tried in the US. Speaking from jail to a Turkish reporter, Korkmaz said he would rather face justice at home, where he is also wanted for money laundering and fraud.

The businessman has denied the claims against him.

US officials know the likelihood of Ankara extraditing Korkmaz should he be sent back to Turkey is low.

A large part of the reason lies in Washington’s refusal to hand over a US-based Turkish cleric President Recep Tayyip Erdogan believes plotted a failed coup against him in 2016.

A protracted legal battle could add to strains in US-Turkish relations, which began to sour after Erdogan survived the attempted putsch.

The Organised Crime and Corruption Reporting Project found that Korkmaz played a role in Ankara’s efforts to curry favour with Trump in his first years in the White House.

The investigative group also alleged in March that Korkmaz facilitated a 2018 trip for Americans linked to Trump who sought to secure detained US pastor Andrew Brunson’s release from Turkey.

The pastor’s fate became a major issue for Trump, who thrust him to the fore of US-Turkish relations until Brunson’s eventual release in late 2018.

Analysts note that Korkmaz’s case comes just as Erdogan — facing sagging domestic approval numbers — is trying to iron out diplomatic problems so that he can secure foreign investment and boost economic growth.

Current bones of contention include a pending US court case against a Turkish bank accused of skirting Iran sanctions and Ankara’s purchase of a top Russian missile defence system.

“Erdogan is in a conciliatory cycle with the US, trying to calm things down to get some breathing room on the economic front,” said Max Hoffman of the Center for American Progress.

“I doubt he wants a new issue in the bilateral relationship.”

But while still low on the list of potential problems in the two NATO allies’ relations, the fugitive’s case has already created political ripples in Turkey, where he is headline news.

Veyis Ates, a Haberturk television presenter, was forced to quit over reports he tried to extort money from Korkmaz for a “clique” which was targeting the businessman.

Ates denies the accusations, but some reporters at Haberturk daily wrote that they had heard similar allegations.

The web around Korkmaz has also ensnared Erdogan’s powerful interior minister Suleyman Soylu, who is waging a war of words with a fugitive crime boss who has spent weeks publishing scandalous allegations on YouTube. Soylu has rejected the claims.

In one video, the mobster claimed Soylu told Korkmaz to flee Turkey to avoid prosecution during a meeting in December 2020. A judge lifted a travel ban on Korkmaz just weeks before he left the country.

A Turkish embassy official in Vienna who declined to be named told AFP that Ankara was seeking Korkmaz’s extradition for “money laundering”.