* During her over four-decade-long career, she choreographed more than 3,500 songs, including 'Ek do teen' from Madhuri Dixit-starrer 'Tezaab' 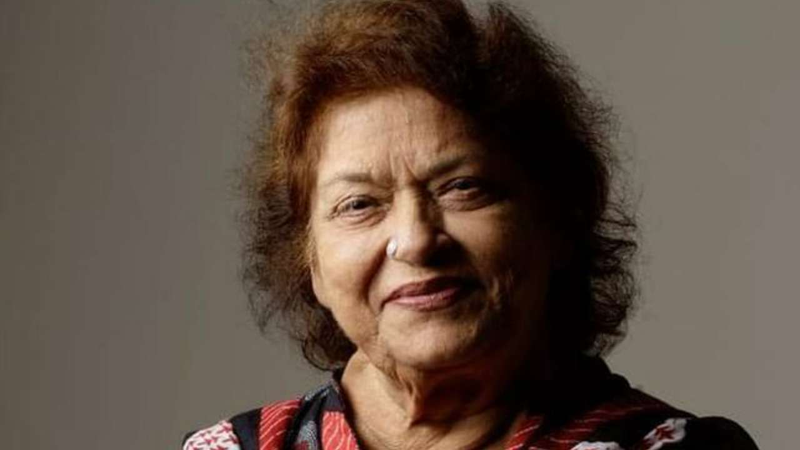 On the first death anniversary of renowned choreographer Saroj Khan, film producer Bhushan Kumar has announced that he will be producing a biopic on the Bollywood veteran via his banner T-Series.

Saroj Khan, a three-time National Award winner, passed away at the age of 71 last year on this day. During her over four-decade-long career, she choreographed more than 3,500 songs, including “Ek Do Teen” from Madhuri Dixit-starrer “Tezaab”, “Dhak Dhak Karne Laga” in Beta, “Dola Re Dola” from Sanjay Leela Bhansali”s “Devdas” and “Ye Ishq Haaye” from “Jab We Met”.

Acknowledging the contribution of Saroj Khan in reviving the dance culture in Hindi cinema, Kumar said her journey in the movies deserves to be celebrated on celluloid.

“Saroj ji not only mesmerized the audiences with actors performing her dance moves, but she also revolutionised the choreography scene in Hindi cinema. Her dance forms told stories which helped every filmmaker. She brought audiences to the theatres who saw their favourite actors dancing to her steps.

“Saroj ji’s journey that started as early as a three-year-old was met with a lot of ups and downs and the success and respect she gained from the industry has to be brought to life,” the producer said in a statement.