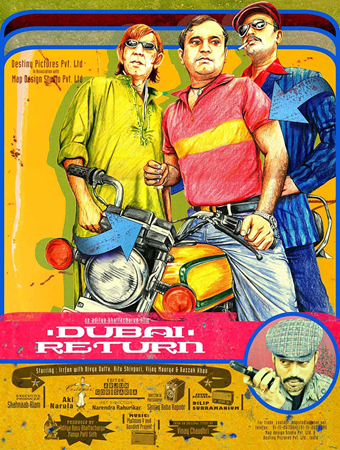 Babil on Friday shared on his social media platform that his late father, actor Irrfan Khan’s unseen quirky comedy film, Dubai Return, is all set to drop on YouTube. Sharing the poster of the 2005 film directed by Aditya Bhattacharya, Babil shared the news on Instagram. Irrfan’s wife, Sutapa Sikdar too shared her excitement on the film finally seeing the light of day. She wrote, “One of the most quirky joyride Irrfan did, but it never returned on big screen screen.”DubaiReturn’ on YouTube tomorrow #vijaymaura #divyadutta #irrfan.” The movie had its world premiere at the New York Indian Film Festival in 2005. It was also screened at the International Film Festival of India. The film’s theatrical release in India was however cancelled due to technical and legal issues. For years, the film’s producer Manya Patil Seth has been trying to get his film released and has finally succeeded as it is finally releasing on the Bandra Film Festival YouTube channel. Dubai Return will go live on July 4.