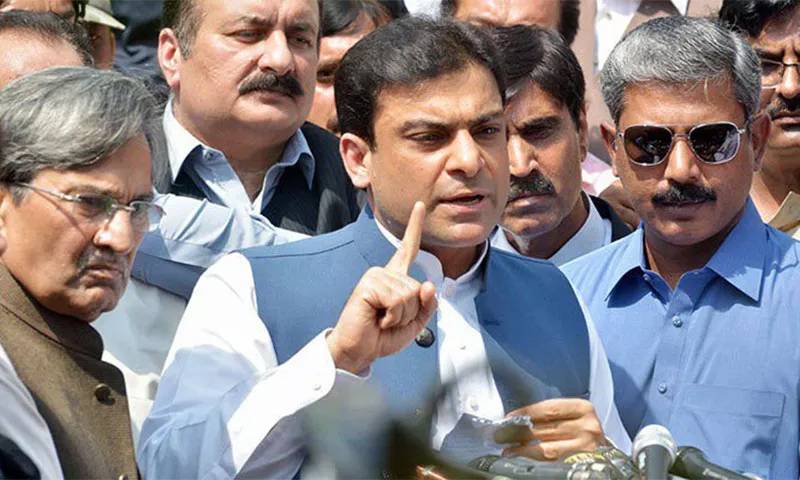 The Federal Investigation Agency (FIA) on Saturday told PML-N leader Hamza Shehbaz to submit details of his assets along with money trails within 30 days.

In a notice issued to Hamza, the FIA warned that failure to comply with the directive would result in the freezing of his properties and bank accounts.

Opposition Leader in Punjab Assembly and PML-N President Shehbaz Sharif’s son, Hamza Shehbaz has been served the notice under Section 9 of the Anti-Money Laundering Act, 2010. He faces losing his property if he fails to provide money trails regarding a 10-kanal house in Judicial Colony in Lahore built between 2013 and 2014, a 71-kanal plot in Johar Town Lahore and 250 kanals of agricultural land in Chiniot. He must also come clean on investment in Ramzan Sugar Mills after 2008, Sharif Feed Mills, Madina Construction, Madni Trading Company, Sharif Poultry, Sharif Dairy, bank accounts, cars, shares, jewellery, cash and prize bonds. He has been asked to supplement the documents with evidence that these assets ‘are not proceeds of crime’.

The notice also states that Hamza must appear before the FIA by the month’s end.

Last month, Hamza Shehbaz had appeared before a team of the FIA to respond to allegations against him in Rs 25 billion money laundering case. In his replies, he had showed his ignorance as to who deposited billions of rupees in his accounts. Sources said Hamza had told the investigation team that he had been the chief executive of the Ramzan Sugar Mills but it was not his responsibility to know who deposited Rs 25 billion in the accounts of peons and clerks. Hamza had reportedly told investigators that he was a member of National Assembly from 2008 to 2018 and due to his involvement in politics, he did not know who kept depositing money in his personal bank accounts.

In a written reply Hamza submitted to the probe team, the PML-N leader had stated that he remained behind the bars for 22 months in a case instituted by the National Accountability Bureau (NAB) but the national graft buster failed to prove corruption of even a single penny.

A court in Lahore had on June 21 granted interim bail to Leader of Opposition in National Assembly Shahbaz Sharif and his son Hamza Shahbaz in the Ramzan Sugar Mills scandal. Both were ordered to bail bonds of Rs 1 million each. The police was also told by the court not to arrest them till July 10.