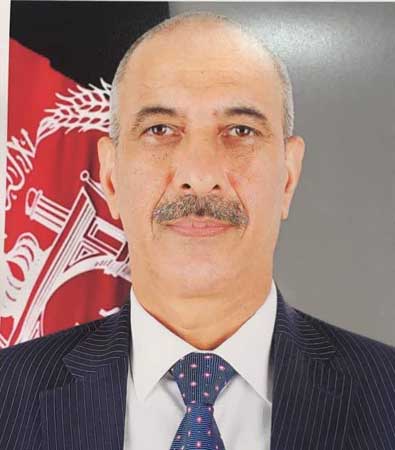 Afghanistan has unveiled a new visa policy months after Pakistan had announced a new liberal visa policy for Afghan nationals that include long-term visas with multiple entries for businessmen, students, families, tourism and medical visas.

“The Islamic Republic of Afghanistan has introduced a relaxed visa regime for Pakistani citizens as a goodwill gesture and economic, social, cultural and expansion of relations between Pakistan and Afghanistan and to increase the people to people contacts,” Afghan ambassador Najibullah Alikhil told Daily Times on Friday.

The Afghan embassy in Islamabad has issued details of the new policy.

Afghan Mission in Pakistan may allow multiple entry visas valid upto one year with duration of 60 days in each stay to ordinary Afghan nationals for visit/tourism.

Free three-month medical visa will be issued at Torkham crossing.

Afghan embassy in Islamabad may grant upto five years family visit visa with multiple entries with each stay of not more than one year to Pakistani nationals who have spouse of Afghan origin on provision of legal documents that prove their marriages.

Afghan missions in Pakistan may grant one-year multiple visas to Pakistani nationals on the recommendation letter by the Chamber of Commerce and Industry and trade counselors at the Afghan embassy and consulates.

Afghan mission may grant entry study visas to Pakistanis for the duration of the study programme with multiple entries at university level following documents on issuance of authorization.

“In the past the embassy would issue nearly 50 visas to Pakistanis daily but now the embassy sometimes issues over 1000 visas.