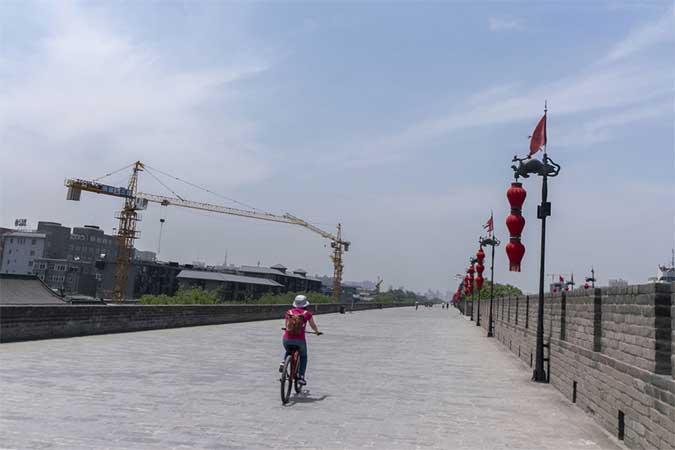 The Belt and Road Initiative (BRI) is a major platform for building a global community of shared future, and it is an initiative for common development and also for protecting human rights. This was stated by a white paper released by the State Council Information Office of the People’s Republic of China.

The white paper titled “The Communist Party of China and Human Rights Protection – A 100-Year Quest” offers an insight into the CPC’s practices and efforts in respecting and protecting human rights as the ruling party of the world’s second largest economy marks its 100 anniversary, according to China Economic Net.

For a hundred years, the CPC has committed itself to peaceful development and common progress. China is firm in its international stance – to safeguard world peace and seek progress through cooperation, ensuring human rights with the benefits deriving from development, according to the white paper. China has been an active participant in matters of international human rights, providing a Chinese contribution to global human rights governance and progress, and working with other countries to forge a global community of shared future, it added.

The Belt and Road Initiative serves as one of the manifestations of China’s endeavors to advancing human rights around the world. Upholding the principle of extensive consultation, joint contribution and shared benefits, and pursuing open, green and clean cooperation, the Belt and Road Initiative promotes policy, infrastructure, trade, financial and people-to-people connectivity and targets high-standard, sustainable and people-centered goals.

According to a World Bank study, the initiative could help lift 7.6 million people out of extreme poverty and 32 million people out of moderate poverty. It could boost trade by 2.8 to 9.7 percent for the corridor economies, and by 1.7 to 6.2 percent for the world. Global real income could increase by 0.7 to 2.9 percent. China is also striving to create a just and rational global environmental governance system driven by cooperation and mutual benefit, and eventually to build a community of harmony between humanity and nature, the white paper read.

Taking eco-environmental cooperation as a major element of Belt and Road cooperation, it has launched a series of green action initiatives, and adopted such measures as green infrastructure construction, green energy, green transport and green finance, so as to deliver solid benefits to all peoples of the countries participating in the Belt and Road. Besides, China has announced it will try to make its carbon dioxide emissions peak before 2030 and will strive to achieve carbon neutrality before 2060.

Apart from the efforts in eco-environment protection, China has engaged itself actively in building a global community of health for all. It has helped recipient developing countries further improve their medical and healthcare provision, raise the standards of their disease prevention and control, and strengthen their capabilities in public health. By April 2021, China had dispatched 27,000 medical workers on aid missions abroad, who have treated 280 million patients.

Internally, the CPC is leading the people towards the Chinese Dream of national rejuvenation and the second centenary goal – to build China into a great modern socialist country that is prosperous, strong, democratic, culturally advanced, harmonious, and beautiful by the centenary of the People’s Republic of China. At that time, all rights of the Chinese people will be safeguarded at a higher level, and they will have a better sense of dignity, freedom and happiness. China will make a greater contribution to the protection of human rights, enabling the world to develop better and become more prosperous, said the white paper.