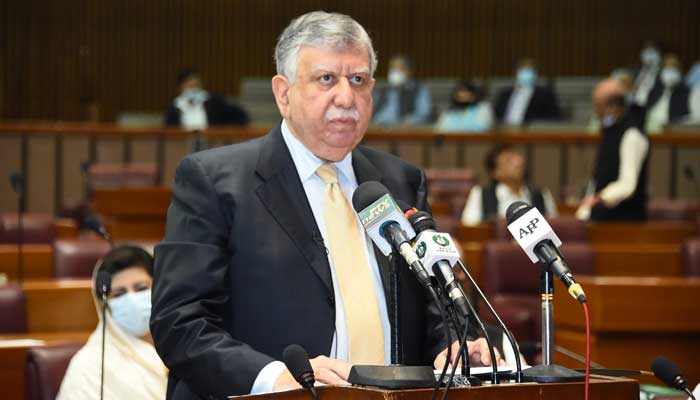 Chairing the third meeting of the Economic Advisory Council (EAC), the finance minister said that the Prime Minister had re-constituted EAC, after decades, with an objective to draw up concrete proposals for sustainable economic growth through comprehensive and seamless planning across major sectors by taking all stakeholders on board.

The underlying rationale is to secure the future of coming generations in the country, the Finance Minister added.

According to a press statement issued by the Finance Ministry, four sub-groups made respective presentations during the meeting covering the topics namely SOEs & Privatization, Energy, Domestic Commerce, and Price Stability.

He drew a comparative analysis between prices prevailing in Pakistan and also in the entire region both in current and historical perspectives.

Farooq Rehmatullah gave a presentation on Energy (Power) sector and highlighted global, regional, and local trends in the refining sectors.

The presentation also included recommendations for bringing in sustainable solutions to streamline operations from oil downstream to marketing sectors and gave suggestions to deal with the challenges faced by LPG, exploration & production sectors, and to explore renewable energy resources in Pakistan.

Sultan Ali Allana made a presentation on State-Owned Enterprises ( SOEs) while the Secretary Privatization updated the EAC on Privatization.

The presentation emphasized the importance of continued review of SOEs portfolio and also highlighted steps for better management of SOEs.

The presentation included the short term, medium-term and long term strategies for better management of the State-Owned enterprises (in phases). The presentation further included measures to speed up the privatization process in a smooth and timely manner.

Zaid Bashir made a presentation on Domestic Commerce Sector, underling enrich and revive the documented/integrated sectors and fully realize the true potential of e-commerce during the short term by bringing retailers into a more organized environment ultimately increasing contribution to the National exchequer.

The participants held an in-depth discussion on proposals presented during the meeting and shared their valuable input, the statement said adding a follow-up session would be held soon.