Turkey hits out at ‘unacceptable’ claims in US trafficking report 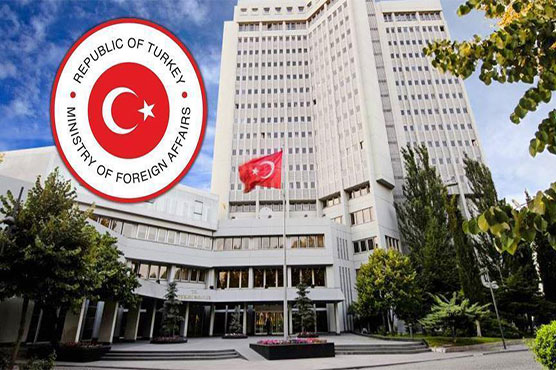 Turkey on Friday rejected “baseless allegations” in a US report citing the country for violations of the Child Soldiers Prevention Act for the use of child soldiers by Turkish-backed groups in Syria and Libya.

The US State Department’s “2021 Trafficking in Persons Report” downgraded several countries and upgraded others for their efforts to combat the scourge of human trafficking. “The United States hopes to work with Turkey to encourage all groups involved in the Syrian and Libyan conflicts not to use child soldiers,” a senior State Department official said this week. In a statement, the Turkish foreign ministry lashed out at “unacceptable” and “baseless allegations” in the report, and accused Washington of ignoring activities of a Kurdish militia in Syria and Iraq which it said included training children and supplying them with arms. Turkey is upset with US support for Syrian Kurdish People’s Protection Units (YPG) that it views as an offshoot of outlawed militants who have been waging a deadly insurgency against the Turkish state.