A Shock — the real weirdness of London life 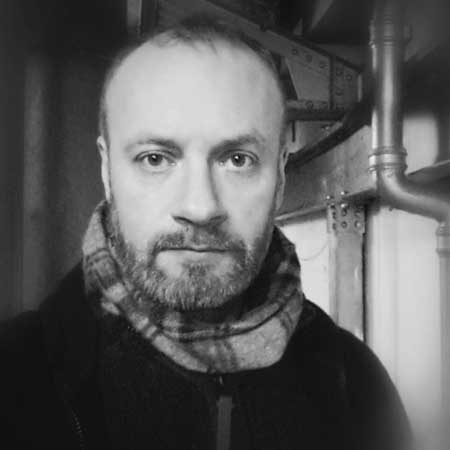 In Keith Ridgway’s Hawthorn & Child, an odd couple of police officers were the common thread through storylines that traded in uncertainty and irresolution: as though a crime novel had chosen to self-combust.

Nearly a decade on, the Irish author again shuffles together London lives, this time over nine discrete sections, characters colliding or glancing off one another, connections multiplying, themes layering, images repeating. It’s a left-field way of building a novel, but if Hawthorn & Child was consciously quirky, A Shock reads more as a subversive take on realism that knows how weird reality can feel. Throughout, Ridgway shows a radical dedication to his characters’ viewpoints, while retaining a wry comedy and compassion. From gay hookups to Labour party meetings, pub banter to insecure housing, the result is witty, precise, political. His sentences effortlessly encompass the humdrum and the metaphysical alike; the ordinariness feels fresh, while the oddity rings true.

In the opening section, an elderly widow endures her gay neighbours’ house party, grieving for her husband as the walls reverberate to strangers’ music and chatter. Stream-of-consciousness narrative seeks to plunge the reader into the river of thought, and Ridgway puts us right there in the miracle of the present moment: “There is only now, in all its perpetual detail, as deep as a well.” Remembering how her husband liked DIY and “fixing things”, the woman laughs to herself that “things are too complicated to explain”, but slowly and slyly her hinterland comes into view, thoughts on time and change subtly interwoven with a story of gender transition and the continuity of love. She gets up close to the party wall and imagines accosting the oblivious young people: “This story I have.” 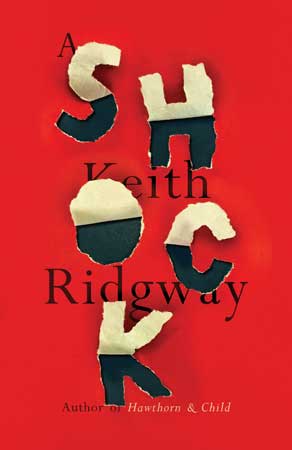 Storytelling – the urge to organise reality’s randomness and to spin meaning out of uncertainty – dominates this novel-in-stories. In the central section, a man and a woman in a pub make up tales for each other that create unnerving half-rhymes with the book’s other chapters: about a man locked in an attic, a woman in a wall, a vanishing act.

From a subtle exploration of how racism can intrude on a friendship to the burning anger of inequality, A Shock pays close attention to contemporary London’s political and geographical fabric; but Ridgway also plays with the edifice of fiction. One section, in which a man moves into a flat whose previous tenants have disappeared, is told in flat, declarative sentences that refuse any privileged authorial knowledge: “He is a young man. They are young women. They are, all three of them, wearing shorts.” This withholding builds an uncanny power. Elsewhere, a tall tale presented as an intimate confidence is revealed as a lie, yet its emotional force is undimmed. In a nicely recursive joke, would-be writer Maria damns her own attempt at fiction with a lovely bit of phrase making: “Her paragraph was a blotted box of basic cogs.”

In the sex- and drugs-soaked chapter “The Sweat”, Ridgway has fun with the trippy curlicues of hedonistic Tommy’s speeding, snagging thoughts. This section explores the way drugs transcend the tyranny of time, as Tommy, high as a kite, swims “deep into the seconds … down to their depths”; “hiding out” in a temporal escape from the customary “route between work and home like a corridor”. As he chats and fools around with Frank, highs and lows drive a rollercoaster of emotions; this is a story about connection rather than alienation. In one drug-fuelled spiel he imagines happiness as a tunnelling caver coming upon a “huge empty beautiful space, and they burst on to this suddenly, with a beautiful shock”.

Tunnels and secret chambers, the gaps between walls: the novel is obsessed with the idea of stepping from the rooms and rhythms of everyday life into reality’s reverse side. It means you’re never far from a rodent in Ridgway’s London. Sometimes they are obscenely real, a rift in normality, like the horrible shock of a rat in Stan and Maria’s rundown rented flat: “tiny reddened eyes, two punctures in the world, behind which there seemed to be nothing but a mechanical darkness”. At others they are drug hallucinations – “peripheral vermin” – or something stranger again.

The book ends by coming full circle, back to the night of the party, but this time we are on the other side of the wall, in the scrum of life, as Maria is moved to tears by a song. “And no one sees. No one knows. No one but you.” It’s a clever trick – the reader pulled right up close. In this playful yet deeply sincere novel, Ridgway squeezes into the gaps of realism and makes something beautifully new.