Vidya is a real-life sherni: Ila 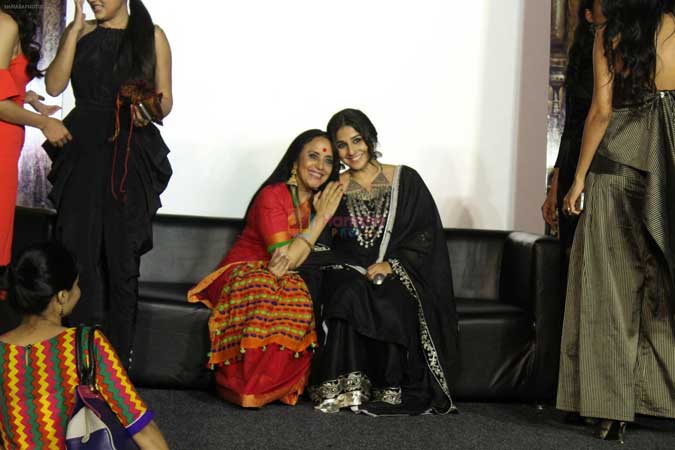 Amit Masurkar’s Sherni has been appreciated for the way it brings everyday sexism into focus. The film, on man-animal conflict and shrinking forests, also puts the spotlight on how its protagonist, Vidya Vincent, has to face casual sexism both at work and home.

A few scenes where she responds as her mother-in-law puts forth her expectations are especially telling. For instance, the sequence where Ila Arun’s character tells Vidya to wear jewellery when they are going to her colleague’s house for dinner showed how women have expectations from their daughters-in-law but not their sons.

Talking about the scene and her character, Ila told indianexpress.com that while she doesn’t feel her role was of a “conservative” mother-in-law, she can understand why today’s generation can see her as a part of the problem.

“Her aspiration and behaviour is akin to how an Indian mother-in-law will behave in the real world too. In the scene, where my character tells Vidya to dress up, my character is sketched in a way that she wants Vidya to feel loved as well. There is a sort of competition between the mother and the mother-in-law because I want to put across that she is mine too. So, I am not conservative but maybe a possessive mother who will always keep her son as her priority, which is natural and happens in real life too,” she said.

Talking about the scene and her character, Ila told indianexpress.com that while she doesn’t feel her role was of a ‘conservative’ mother-in-law, she can understand why today’s generation can see her as a part of the problem

Elaborating on the scene, Ila spoke about how she added her life experience to it. “Humari mother bhi kehti thi, joh maine use karliya. She would say, ‘Nangi-pungi kya jaogi, haath me chudiya pehenlo,” she recalled.

Ila said it hurts her to think about how mothers can discriminate between their son and daughter-in-law.

“90 percent toh aisa hi hota hai, especially chote shehero me. There is always discrimination between mother and mother-in-law and son and daughter-in-law. Mothers are submissive and mothers-in-law tend to become overpowering. It personally hurts me to think that how mothers are like ‘mera beta,'” Ila stated.

Referring to the dining table scene in Sherni, Ila recalled how even in the film, her character introduces her son’s profession when she should “be proud and openly encourage and appreciate her daughter-in-law and her job profile.”

“Unfortunately, it happens in real life too. Even if you are progressive, it happens. The kind of discrimination that is subtly shown in the film can hurt the current generation audience. It can hurt sentiments,” Ila expressed.

We also spoke to her about the sexism or discrimination that the industry metes out to actresses. When asked about her opinion on the fact that women of a certain age find it difficult to get roles, she said, “Take Vidya Balan or Shabana Azmi, for example. Directors make films or writers write the script keeping them in mind. Now, in such scripts, age doesn’t matter. If you look at the commercial cinema, then even Kareena will be called older. It is wrong. An actor has to be a good actor, which means the age bracket shouldn’t matter. Just like it happens in the West. I will say Vidya is very intelligent in this aspect. She gets good scripts. She is a ‘Sherni’ in her real life too because she has no inhibition about taking up challenging scripts,” Ila told us.

Later, she elaborated how this trend of actresses being thin or young came in during the 90s and 2000s. “During the pandemic last year, I caught up on some old films and realised that the script never had demands that the actor has to be young or slim. The change happened in the maybe late 90s and early 2000s. In this period, people were looking for svelte figures. But if you look at older actresses like Mala Sinha, Waheeda Rehman or Meena Kumari, they looked so dignified in sarees. They looked gorgeous on-screen and the script complimented and justified their character and beauty. But now, there is a demand for younger actors. So, once you age, you don’t fit in. And then once you cross a certain age, you become an on-screen mother,” she said, adding that the audience also discriminates against women.

“I feel the audience discriminates between male and female leads. Their love ignores the age of the leading male actor but once the female star gets married they are out of the sight. But now, the new generation of directors are changing this perception. Now, the script decides the actor. They chose who fits the role. For instance, in Sherni, there could have been no one else but Vidya to play the lead. She has the conviction and she doesn’t care how she looks on the screen.

Ila said she is a big fan of Amit Masurkar and his style of filmmaking. “When I watched Newton, I was his fan. Then one fine day, I got a call that Amit Masurkar wants to meet you. That was a very big day in my life. When I met him and spoke to him, I noticed that he is a man of few words with sharp eyes, clear mind. He knew why he wanted me. He had more clarity on why the film needed me because I was unsure how can I contribute to the film. His focus and trust in his actors is commendable. And when a director trusts you, you are valuable. He is a very relaxed director. He gives you space to perform,” she said.

“When I read the script, I knew I had a limited screen time but I felt the subject was important. So, I had to be part of it,” Ila said. Sherni is currently streaming on Amazon Prime Video.