PM did not attend security brief because of Shehbaz 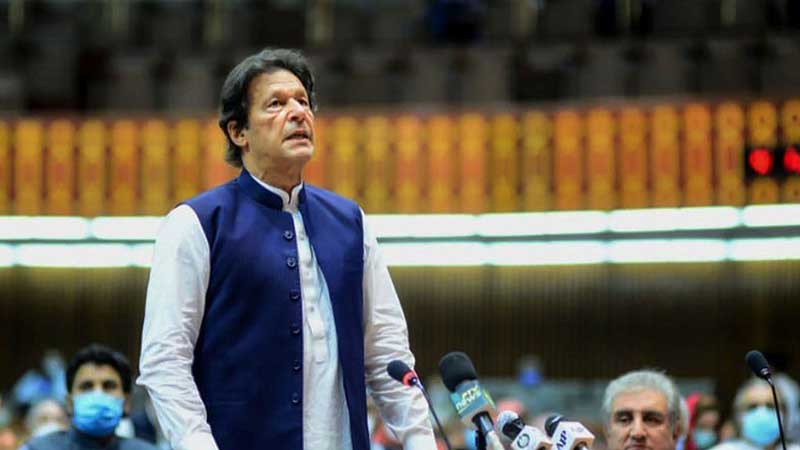 The saga of Prime Minister Imran Khans absence from a security briefing given by the Inter-Services Intelligence to parliamentary leaders took a new twist on Friday as Minister for Information Fawad Chaudhry claimed that the premier had not attended the briefing to accommodate Leader of Opposition in National Assembly and PML-N President Shehbaz Sharif.

“The prime minister was scheduled to attend the national security huddle, but the opposition leader [Shahbaz Sharif] had conveyed to the speaker that if [Prime Minister Imran Khan] came to the briefing, he would not attend,” Fawad told a private TV channel. The prime minister was poised to attend the meeting but a message from Shehbaz had been sent to National Assembly Speaker Asad Qaiser that the opposition would stage a walkout if the premier attended the meeting, he went on to say. “Then the prime minister thought that there is no need of a walkout and you people can attend [the meeting] and I won’t come,” he added.

PML-N leaders criticised Fawad Chaudhry for suggesting that Shehbaz Sharif was the cause of Prime Minister Imran Khan not attending the high-level security briefing. Responding to the information minister’s claims, PML-N Information Secretary Marriyum Aurangzeb hit back, questioning how could Shehbaz have refused to attend when the prime minister was not even a part of the meeting. Rubbishing Chaudhry’s claim, she said the PML-N president had not sent a message to anyone. “Fawad Chaudhry is lying. He is a propaganda machine.”

She questioned whether Chaudhry had any official document or evidence showing Shehbaz’s refusal, challenging him to show it if there was. “Did Imran [Khan] sahab not attend issues of national importance and security at Shehbaz Sharif’s behest?” she questioned, and further asked whether the premier had not attended other significant events on the opposition leader’s calling.

PML-N senior leader Shahid Khaqan Abbasi, when questioned on the matter during a press conference in Islamabad, sarcastically responded, “Yes this is indeed correct. We order the prime minister on what work he has to do.” He said Fawad wasn’t aware that the premier was not a part of the parliamentary committee on national security. “Did he not see his (the prime minister’s) chair empty?” asked Abbasi.

He said the information minister had forgotten that the prime minister didn’t need to attend the meeting since he had already received the briefing and agreed with it though “if he came then it would’ve been a very good thing.”

Abbasi hit out at Fawad Chaudhry and questioned whether he mentioned who had ordered the attacks on and disruption against the PML-N president in the National Assembly during his budget speech. “Government ministers and MNAs told us that a direct message came from the prime minister to not let him (Shehbaz) speak,” alleged the PML-N leader.