US building collapse toll rises to 20 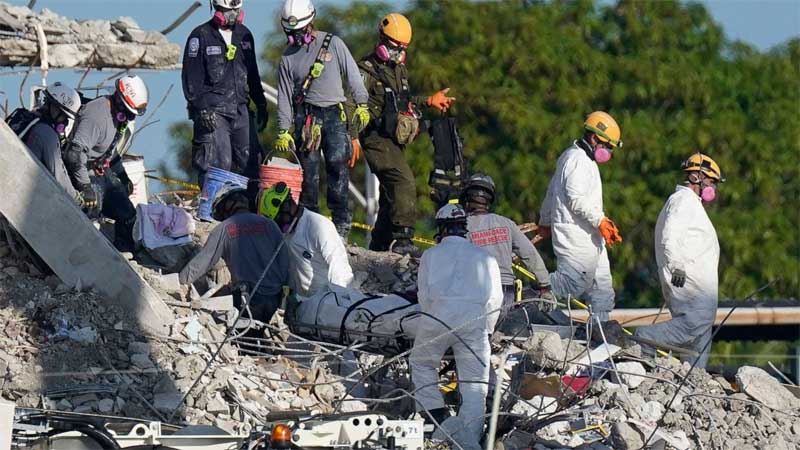 Two more victims were found in the rubble of a collapsed apartment building in Florida, including the body of a seven-year-old girl, bringing the death toll from last week’s tragedy to 20, with 128 people still unaccounted for, officials said Friday. Emergency personnel were forced to pause their search and rescue efforts for much of the day Thursday due to concerns about the safety of the pile of debris in Surfside near Miami Beach, but were able to resume work late in the day. “Last night we did discover two additional victims. Tragically, one of those victims was the seven-year-old daughter of a City of Miami firefighter,” Miami-Dade County Mayor Daniella Levine Cava told a press conference. Levine Cava said that, while each night had been difficult for rescuers since part of the Champlain Towers South complex collapsed in the early hours of June 24, it had been “uniquely different and more difficult” when the young victim was found. She said the number of people unaccounted for had dropped to 128, suggesting some people had been located away from the scene. A total of 188 people have now been accounted for. Officials are keeping an eye on Hurricane Elsa, currently churning in the Caribbean, amid fears the storm could affect the search if it brushes past Florida early next week.