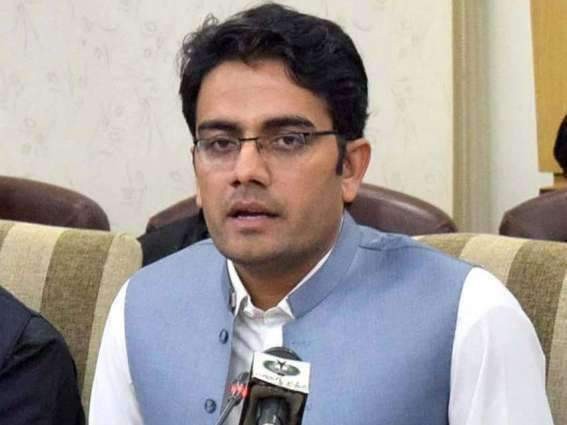 ABBOTTABAD: Advisor to CM Khyber Pakhtunkhwa on Information and Broadcasting Kamran Bangash Friday said that the provincial government has released 620 million rupees to pay an honorarium to Ulema while 30,000 rupees would be paid after every three months.

The advisor expressed these views addressing the oath-taking ceremony of Abbottabad Union of Journalists at Abbottabad Press Club (APC).

He further said that the provincial government has started work on the journalist protection bill and would soon pass it in the assembly, the role of media and opposition was important both highlight the issues of the government while the role of media underscoring the public issues is also very important.

Kamran Bangash said “This is also the duty of the media to underscore the mega project of the provincial government to the public.”

The initiative of the PTI government has been appreciated worldwide, one million rupees health card facility to each family of KP which was a huge step of the provincial government to provide relief and better medical facilities to masses, he added.

Mr. Bangash stated “I have a special attachment with the Hazara division during various visits to the region during the past two years we have worked on higher education, local government and others, the provincial government has started many mega developmental projects in the region and allocated billions of rupees funds as PTI has also a good representation in the Hazara.”

The advisor said that after taking charge of the portfolio I worked hard for the journalist community and in response I received love and affection from them, adding he said “I am not convinced to make accusations in politics,I have always preferred positive behavior.”

Kamran Bangash disclosed that soon the media colony would be allotted to the journalists of Abbottabad,in addition besides the release of previous grants for Abbottabad Press Club and the Union of Journalists, he has announced a new grant of Rs. 2 million for both bodies.

Kamran Bangash also inspected the renovation work of the Abbottabad Press Club which was funded by the provincial government at a cost of Rs 12 million and assured full cooperation.