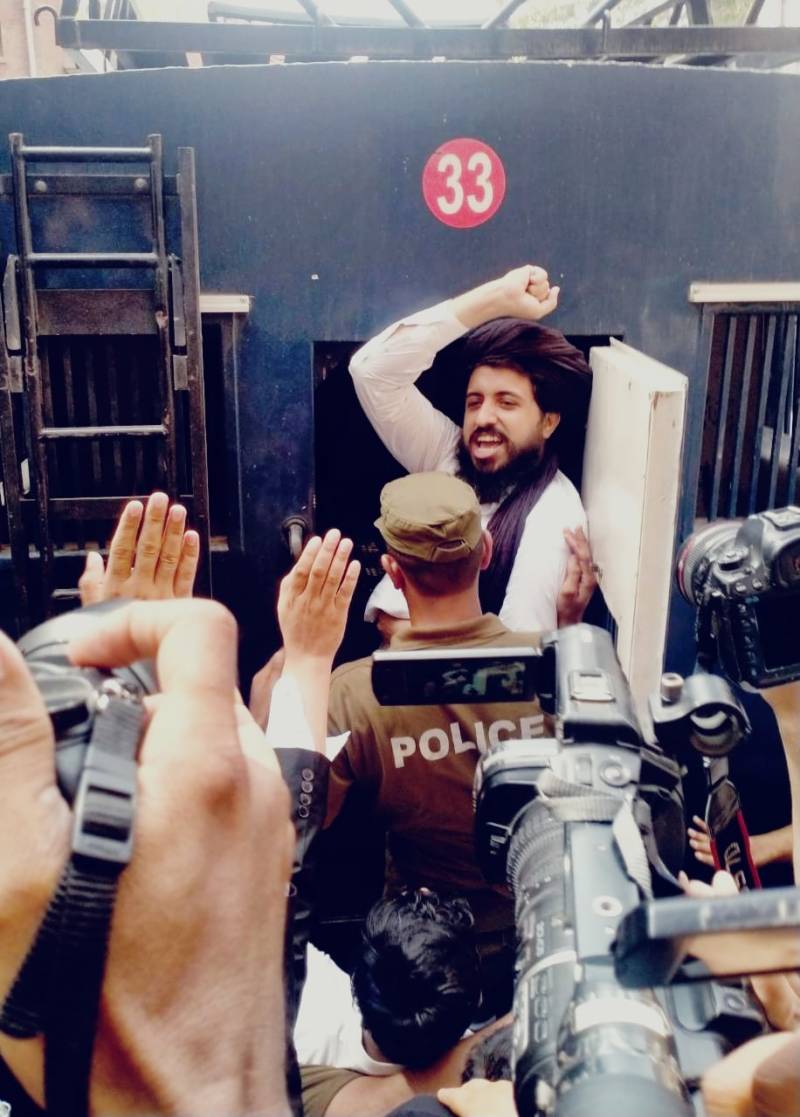 A review board of the Lahore High Court (LHC) rejected on Friday the Punjab Home Department’s request to extend the detention of Saad Hussain Rizvi, leader of proscribed Tehreek-i-Labbaik Pakistan (TLP).

The decision was announced in a closed-door hearing by the provincial review board, comprising Justice Malik Shahzad Ahmad Khan, Justice Alia Neelum and Justice Sadaqat Ali Khan, on a request by the Punjab Home Department seeking an extension in the TLP chief’s detention.

Saad, son of the late Khadim Hussain Rizvi, was arrested on April 12 over allegations that he had incited his followers to take the law into their own hands as, according to him, the government had gone back on its promise to expel the French ambassador.

The party had been pressing the government for the expulsion of the French ambassador to Pakistan ever since blasphemous caricatures of the Holy Prophet (PBUH) were published in France and their publication was supported by the French president.

A special NA session was convened in April, in line with the agreement reached between the TLP and the government in November last year to involve parliament in order to decide the matter in three months.

As the Feb 16 deadline neared, the government had expressed its inability to implement the agreement and had sought more time. The TLP had then agreed to delay its protest by two-and-a-half months to April 20.

A week prior to the deadline, Saad, in a video message, had asked TLP workers to be ready to launch a long march if government failed to meet the deadline. The move had prompted the government to arrest him on April 12.

Police had swooped on Saad at around 2pm on Wahdat Road in Lahore where he had gone to attend a funeral. Outraged, the TLP had issued a call for countrywide protests.

The next day, police registered an FIR against the TLP chief under sections of the Anti-Terrorism Act. Within the next few hours, protesters took to the streets in Lahore and blocked the Grand Trunk Road on a number of points.

The government had subsequently banned the TLP following the violent protests and sit-ins it staged across the country. The Punjab government has since kept Saad in detention under Section 3 (power to arrest and detain suspected persons) of the Maintenance of Public Order Ordinance, 1960.

On Friday, a large continent of police was present at the entry and exit gates of the LHC when Saad was presented before the court. Entry to court premises was barred as well. The TLP chief was showered with rose petals by hundreds of TLP workers when he disembarked from the police van amid sloganeering in the party’s favour.

Saad’s legal counsel, Advocate Burhan Moazzam Malik, while speaking with media after the hearing, said that there were still “five to seven days left of detention”. When questioned whether bail would be applied for, he responded that it depended on whether the police arrested Saad in a different case or not after his 90-day detention period ended.