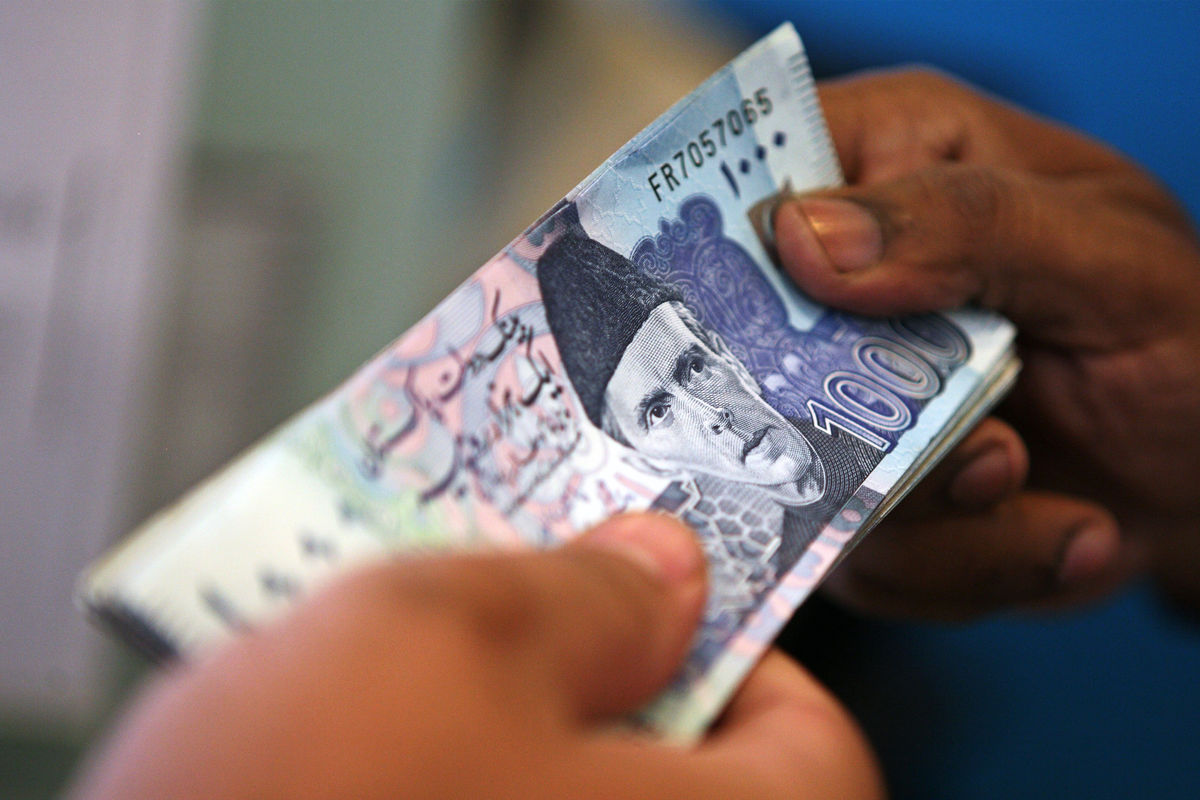 ISLAMABAD: The exchange rate of Pakistan rupee weakened by 33 paisas against the US dollar in the interbank trading on Friday and closed at Rs 157.87 as compared to the previous day’s closing of Rs 157.54.

According to the Forex Association of Pakistan (FAP), the buying and selling rates of dollars in the open market were recorded at Rs 157 and Rs 158 respectively.

Similarly, the price of euro was depreciated by 49 paisas and closed at Rs 186.78 against the last day’s trading of Rs 187.27, the State Bank of Pakistan reported.

The Japanese Yen lost one paisa to close at Rs1.41, whereas a decrease of 70 paisas was witnessed in the exchange rate of British Pound, which was traded at Rs 217.27 as compared to its last closing of Rs217.97.

The exchange rates of Emirates Dirham and Saudi Riyal increased  by 09 paisas each to close at Rs 42.98 and Rs 42.09 respectively.