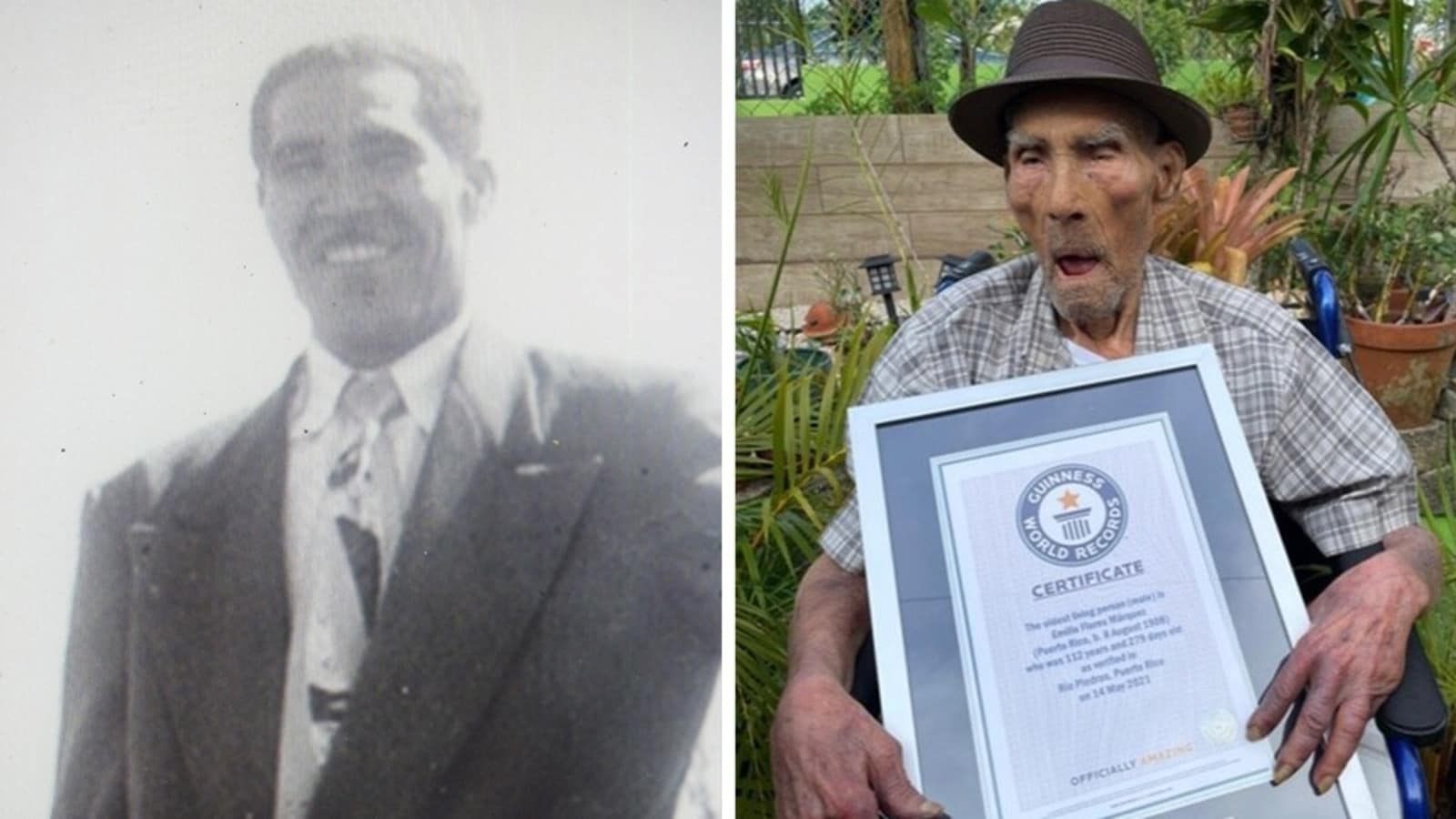 Emilio Flores Marquez, at the age of 112 years and 326 days, has been declared the world’s oldest living person by Guinness World Records.

According to the Guinness World Records website, Marques, also known as “Don Milo,” was born on August 8, 1908, in Carolina, Puerto Rico, and was the second of 11 siblings.

Marquez had a lot of responsibilities as the family’s firstborn son, including chores and raising his younger siblings. He began working on a sugarcane farm with his father when he was very young

Despite losing his hearing as a result of surgery when he was 11 years old, he continued to live life to the fullest.

“You need an abundance of love and to live life without anger,” he said.

After 75 years of marriage to Andrea Perez, he and his wife have four children. Sadly, his wife died in 2010. He is now the grandfather of five grandchildren and five great-grandchildren. He now resides in Rio Piedras, Puerto Rico, with his two children, Tirsa and Millito.

Emilio believes that compassion was the key to his advanced years.

“My father raised me with love, loving everyone. He always told me and my siblings to do good, to share everything with others. Besides, Christ lives in me,”

Dumitru Comanescu of Romania was the previous oldest living person recognised by Guinness World Records (b. November 21, 1908). He only held the record for about a month before passing away on June 27, 2020, at the age of 111 years and 219 days.

Craig Glenday, the Editor-in-Chief at Guinness World Records said “It’s always an honour to celebrate these remarkable human beings, and this year we’ve processed applications from not one but two contenders for the title of an oldest living man.”

“I am thrilled to feature Sr. Márquez – born, interestingly, on the 8th day of the 8th month in the 8th year of the 20th century! – and bring his fascinating story to the wider public. But alongside this, I am also pleased that we got the chance to pay our respects to Dumitru Comănescu, who briefly held the record but sadly passed before we went to press.”