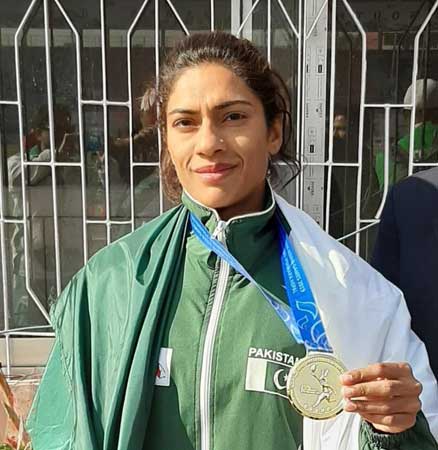 LAHORE: The Pakistan Olympic Association, led by Lt Gen (r) Syed Arif Hasan, has saved Pakistan from further embarrassment caused by the Athletics Federation of Pakistan (AFP) regarding national track and field athlete Ms Najma Parveen. Parveen, who represented Pakistan at the Rio Olympics 2016 in 200 meters, was not considered for Universality Place Quota for the Tokyo Olympics by the AFP. The AFP, with malafide intention, did not nominate her for participation in the Tokyo Olympics without consulting any stakeholder –– neither the athlete nor the POA, which is directly responsible for the finalisation and dispatch of the national contingent to the Olympics.

POA Secretary General Muhammad Kahlid Mahmood told Daily Times on Thursday that the Parveen issue had created a misunderstanding that the National Olympic Committee had withdrawn her quota. “This is far from the truth. On discovering that Parveen’s name has been dropped by the AFP for no cogent reason and without informing the POA, we immediately took up the matter with the concerned authorities for a review,” he added. Khalid said on review by the concerned authorities, it was confirmed that it was not the POA but the AFP which had declined the Universality Place Quota, and the National Athletics Federation termed the decision taken ‘in the larger interest of our sport’. “It is lamentable that the AFP did not elaborate what this ‘in larger interest of sport’ was. Perhaps it is known only to the AFP.”

Khalid said taking serious note of this unfortunate episode, the POA requested the International Olympic Committee (IOC) as well as the World Athletics to look into AFP’s blatant disregard and violation of rights of the athlete enshrined in the Athletes’ Declaration and to ensure participation of women in sports without any discrimination. “Accepting POA’s position, the quota of Parveen has been reinstated.” He said the POA had completed all the formalities in relation to participation of the Pakistan athletes in the Tokyo Olympics. “Parveen is also being supported by the Pakistan Sports Board and is amongst the PSB’s sponsored contingent. Three Pakistan women will now participate in the Tokyo 2020 including Bisma Khan (swimming), Mahoor Shahzad (badminton) and Parveen (Athletics). Parveen has also been selected for IOC’s Overarching Communications Plan for the Tokyo 2020 Games, as representative for the continent of Asia for audio-visual clip.”

Khalid said the POA and the Athletes Commission of the POA strongly believe that the AFP’s action to deprive Paveen from participating in the Olympic Games was contrary to the National Olympic Committee’s resolve to ensure participation of women in sports without any discrimination and provide the athletes with their rights enshrined in the Athletes’ Declaration. “Until an athlete is conclusively found in any breach be it of the WADA Code or the Code on Manipulation in Sports Competition, his/her right to participate in the competition cannot be infringed. Therefore, the decision and channel adopted by the AFP is being reviewed for appropriate measures to ensure such attempt of discrimination does not occur again,” Khalid concluded.