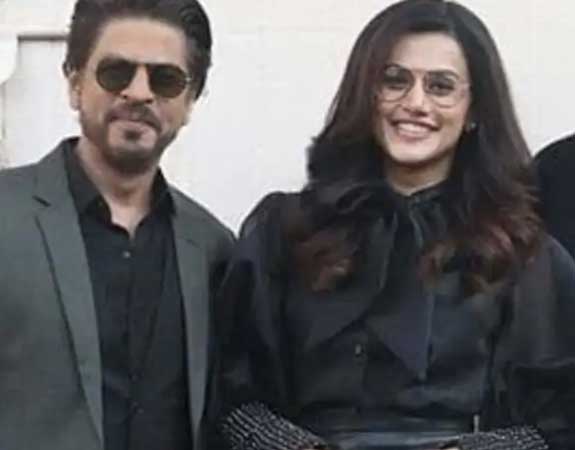 Bollywood actress Taapsee Pannu recently opened up about rumours of her co-starring alongside superstar Shahrukh Khan in an interview with an entertainment portal.

The actress clarified that the rumours were, in fact, false and that if such a collaboration between her, Shah Rukh Khan and director Rajkumar Hirani were to happen, she would be the first one to announce it.

In February, this year, reports were floating around claiming that Taapsee will supposedly be collaborating with Rajkumar Hirani and Shah Rukh Khan for a ‘social comedy on immigration’. At the time, there was no official confirmation or denial from the makers, actors. However, it appears, with Taapsee weighing in, the reports were speculative.

Earlier, Taapsee was making headlines after her comments on her contemporary Kangana Ranaut went viral. The former had called the latter ‘irrelevant’ in a Hindustan Times interview; this rubbed Kangana the wrong way and the actress took to Instagram to lash out at Taapsee for her comment.

On the work front, Taapsee will be seen in ‘Haseen Dillruba’ alongside Vikrant Massey and Harshvardhan Rane in pivotal roles. She also has ‘Looop Lapeta’, ‘Rashmi Rocket’, and ‘Shabaash Mithu’ in the pipeline.