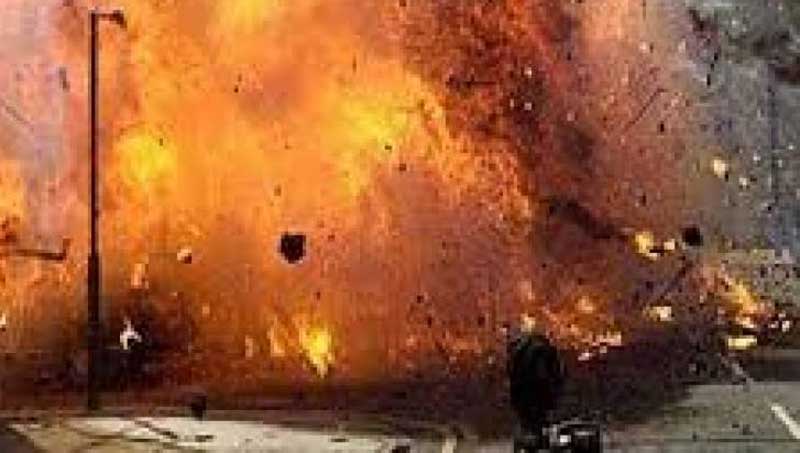 At least six people were injured in an explosion in front of Askari Park on Quetta’s Airport Road on Thursday, police said.

According to Balochistan home minister, more than three kilogrammes of explosives were used in the blast. Following the blast, the injured were shifted to the Civil Hospital where an emergency was declared, police said, adding that some of the injured were in a critical condition. One of the inured was identified as an FC official.

The CTD said the explosives had been planted to a motorcycle. The blast occurred close to a moving Frontier Corps (FC) vehicle, police said. Witnesses said the explosion damaged several nearby buildings.

Balochistan Home Minister Mir Zia Langove said a convoy of six Pakistan Army vehicles was passing on the road when the bomb detonated. “Four to five kilogrammes of explosive material was used in the bomb. Five security officials were injured in the blast and were taken to Combined Military Hospital (CMH),” he told reporters. “India is using Afghanistan’s land to conduct attacks in [Pakistan]. Peace in Balochistan will only come from peace in Afghanistan,” he added.

Chairman Senate Sadiq Sanjrani condemned the incident and prayed for the speedy recovery of the injured. He also urged the government to provide all facilities to the injured during their treatment.

Last week, five FC soldiers were martyred after terrorists targeted a patrolling party in Sibi district’s Sangan area. Earlier in June, four soldiers from FC Balochistan, including a junior commissioned officer, had been martyred in a blast on the Marget-Quetta Road. In February, five FC members were martyred and two others injured in two attacks in different areas of Balochistan.