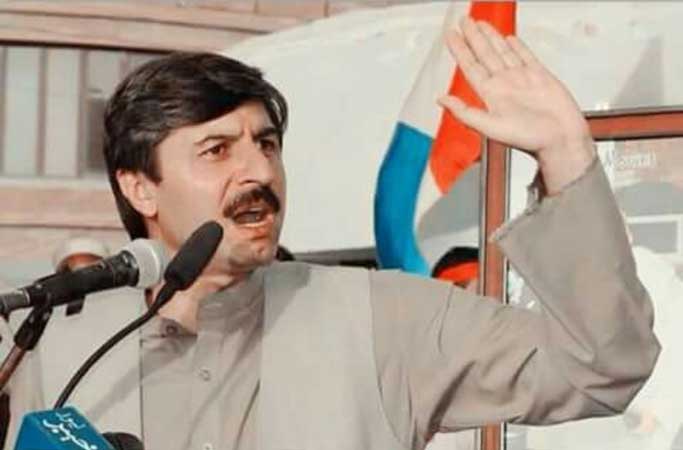 The Balochistan government has set up a two-member judicial commission to investigate the death of former senator and provincial president of Pakhtunkhwa Milli Awami Party (PkMAP) Usman Khan Kakar, a private TV channel reported on Thursday.

The two-member commission will be headed by Justice Naeem Akhtar Afghan while Justice Zaheeruddin Kakar will be a member of the commission.

Pakhtunkhwa Milli Awami Party (PkMAP) leader and former senator Usman Khan Kakar had passed away in Karachi on June 21. He was critically injured after he fell in his house, leading to severe head injury. He was later shifted to a hospital in Karachi via an air ambulance after head surgery in Quetta.

According to the initial post-mortem report, no sign of torture or injury was found on Kakar’s body and the report ascertained that it was a natural death caused by a brain haemorrhage.

However, members of the opposition in the Senate had raised suspicion over the ‘sudden death’ of Kakar and demanded a parliamentary probe to ‘dig out the truth’. They claimed that Usman Khan Kakar had received several threats in the past and now his death was shrouded in mystery. They said it was perceptible until the last time that he would be ‘taken out’ of the way. They had also demanded a parliamentary committee to probe the matter

Usman Kakar was born in 1961 in Muslim Bagh, Killa Saifullah district. He received the degree of Bachelor of Law from Law College Quetta in 1987. During his student life, he joined the Pashtun Student Organisation as a unit secretary. He had joined the Pakhtunkhwa
Milli Awami Party (PkMAP) in 1996.