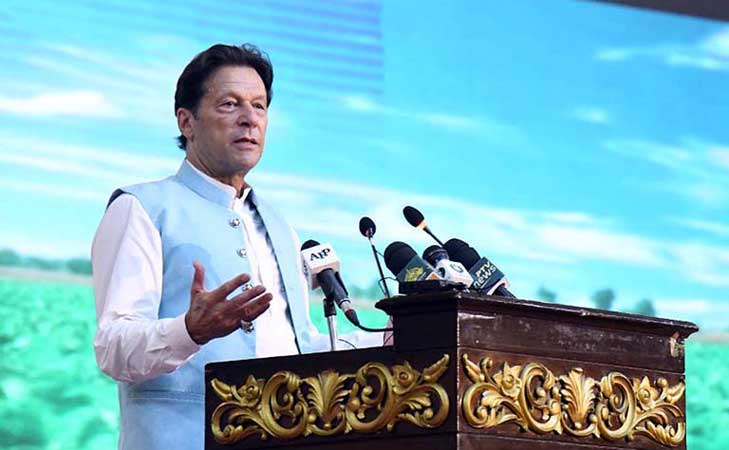 Prime Minister Imran Khan has said that the government is committed to increasing agricultural produce in the country by providing technical assistance and direct subsidy to farmers, as food security has become a matter of national security for Pakistan.

Addressing the National Kisaan Convention on Thursday, the prime minister said that development of the agriculture sector is vital for the country’s progress and prosperity.

He went on to identify food security as representing Pakistan’s “biggest challenge” in the years to come. To explain the precise nature of the problem, he explained to the audience that Pakistan had to import 4 million tonnes of wheat last year alone to meet a shortfall. In addition, payment was made through foreign exchange reserves while the country is already short of dollars, remarked PM Khan. He added that it was unsustainable for the country to continue in this way. “The rate at which our population is increasing [we need to ask] in the next 10, 15 years how will we create food for our population?”

The premier said that it was necessary to raise awareness about food security and that Pakistan should start taking measures to tackle the problem immediately. If we want to save our nation from the challenges ahead [we need to see that] food security in reality [has become] national security, said the PM.

The prime minister said that Pakistan does not recognise Israel due to the atrocities it commits against the Palestinians but acknowledged how it utilised technologically advanced methods to “turn even a desert into fertile land”.

Khan went on to stress that close to 40 percent of infants in the country are stunted because their diet is not nutritiously dense. This is a very alarming figure, said the PM.

The premier said to tackle the problem, the government was launching a nutrition scheme under the Ehsaas programme. The plan will focus on ensuring that the diet of children until the age of three is complete so they are not stunted. The premier said that if this were not avoided these children would be “left behind” in the race of life as their brain and body would not fully develop.

Khan also said that children in Pakistan were not getting proper milk as it was contaminated. [Just] think, our kids are not getting pure milk and that is their most basic need for growth, he said. When the government further investigated the problem, it found that the cows here were producing less milk than in other countries.

The prime minister said that the government was focusing on research and seed development to enhance per acre yield and preserve perishable commodities like fruit and vegetables. He said, we have large swathes of barren land in Dera Ismail Khan, Cholistan, merged districts of Khyber Pakhtunkhwa, Balochistan and other parts of the country, which can be utilised for agricultural purposes.

He said that Pakistan has favourable land conditions and an environment conducive to cultivating olives and avocados. He expressed the hope that Pakistan would therefore soon become an exporter of olive oil.