‘Palestine Society’ inaugurated at GCU to express solidarity with Palestinians 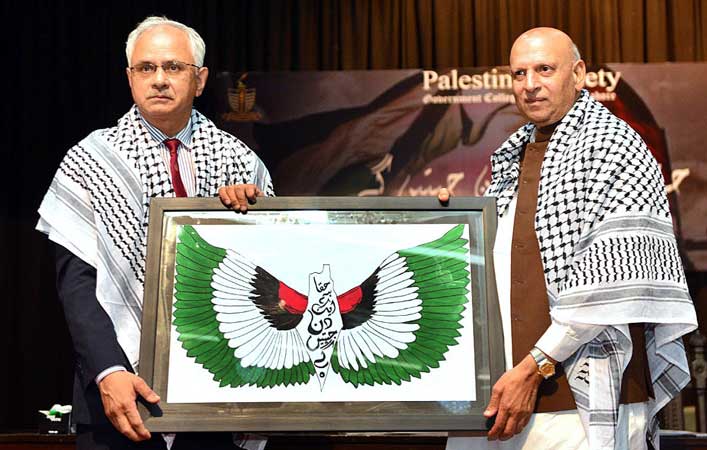 The Vice Chancellor of GCU Prof Dr Asghar Zaidi and a large number of students were also present on this occasion.

Addressing the inauguration society of “Palestine Society”, Chaudhry Sarwar said that linking terrorism with Muslims is hypocrisy as Islam teaches love, peace and brotherhood, adding that in Islam, killing one person is akin to killing all of mankind. He said that the world must recognize that terrorists have no religion. The Jews who martyred innocent worshipers in Masjid Al-Aqsa are also terrorists. Until the Kashmir and Palestine issues are resolved, the dream of peace in the world will never come true. Responding to the questions of media, the Governor Punjab said that world community stopped the United States from waging the Afghan war but it kept on fighting, and, today, USA is withdrawing its troops from Afghanistan, adding that the United States should not try to form a government of their own accord in Afghanistan as this will make the situation worse again. He further said that Pakistan has suffered the most due to the US war in Afghanistan. The question arises, will the Afghan Taliban remain silent, if Pakistan allows US military to operate bases on its soil for attacking Afghans, he said adding that the United States wants to pitch Pakistan against Afghanistan, but we will not allow this to happen and the government will make decisions in national interest. Pakistan has made a final decision not to give bases to the USA.