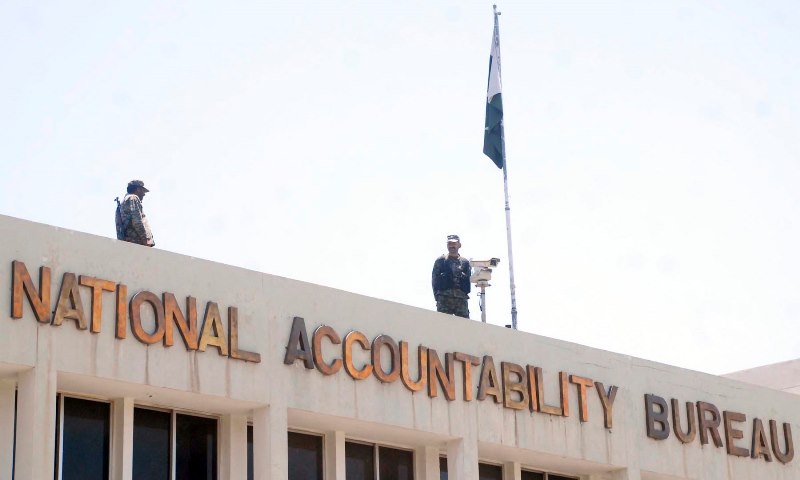 ISLAMABAD: National Accountability Bureau (NAB) Thursday rejected the statement of Provincial Minister of Sindh Saeed Ghani and termed it an effort to influence the under trial cases against Syed Khursheed Shah and Ejaz Jakhrani.

A spokesman of NAB has termed Ghani’s statement as contrary to the facts, baseless and misleading.

The anti-graft watchdog has also decided to review the statement of Ghani in light of the NAB Ordinance, afterward, the law will take its course.

The spokesman clarified that NAB has filed two references against Ejaz Jakhrani and Advisor to Chief Minister Sindh in accountability court Sukkur. It may be mentioned that the Sindh High Court had rejected the bail application of Ejaz Jakhrani on June 25, 2021.

A team of NAB when reached the residence of Jakhrani to arrest him. An unruly mob not only injured the NAB officers and also damaged their vehicles. NAB Sukkur visited Police Station Jacobabad to register FIR against the mob on June 29, 2021, and duly informed the SSP Jacoabad, who did not cooperate and did not take action unruly mob.

NAB Chairman took notice of the incident and directed Director General NAB Sukkur to conduct an inquiry of the incident from all aspects which is still continuing. On June 29, 2021, an application was moved by NAB Sukkur against Rafey Jakhrani, Mujeeb Jakhrani, Khadim Bhutto, Zafar Brieo, and others to SSP Jackoabad but the SSP did not provide them protection.

A team of NAB when visited the SSP Jackoabad to inquire about the fate of the application, the spokesman said that the SSP said the application has been referred to Inspector General Police, Sindh for approval.

NAB has decided to file a petition in the relevant forum for registration of the case against the culprits on charges of obstructing public servants from the discharge of their duties.

Commenting about Khursheed Shah’s case the spokesman said NAB has also filed a case against Khursheed Shah in a court of NAB Sukkur, which is under trial.

The complaint verification and inquiry against Haleem Adil Sheikh was continuing by NAB Karachi after the permission of competent authority, where the law will take its course.

He said NAB does not believe in giving concession or arresting anyone on the desire of someone. But it believes in performing duties in accordance with the law without caring about the duress, browbeating, or propaganda.