No plan for taking loan in Ravi Riverfront Project: Gill 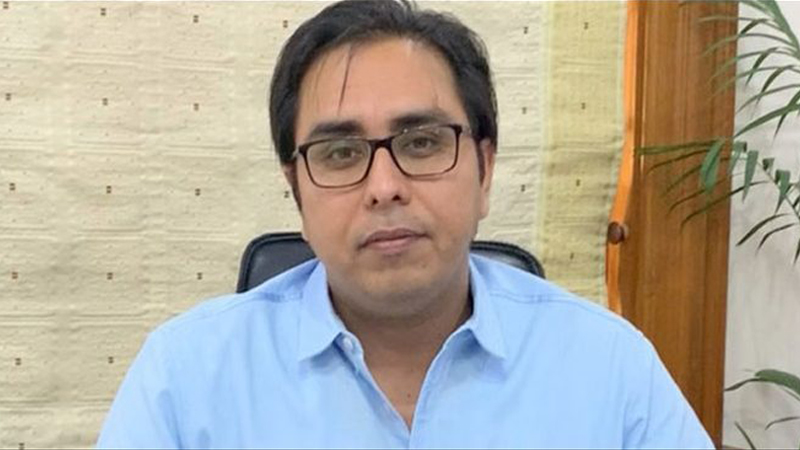 ISLAMABAD: Special Assistant to the Prime Minister (SAPM) for Political Communication Dr. Shahbaz Gill made it clear on Thursday that there was no plan of taking any loan for carrying out the landmark Ravi Riverfront Urban Development Project in Lahore.

“You have heard of many projects in the past like Orange Line, Metro, Balloki, Bhikki, and others, but all of them involved loans. In this entire project, there is no involvement of loan,” said the SAPM in a news conference.

Briefing about the progress of the project, the SAPM said a consortium of 13 reputable companies won bidding for developing its ‘Sapphire bay’, being built under the first phase of the river-front project.

The agreement with the consortium in that regard would be signed next week, he added.

He said massive forestation, seven treatment plants, and three barrages would be built under the first phase, planned over 2,000 acres.

Citing the example of Islamabad, he said the development of Federal Capital was started on only 80,000 acres of land, adding this project would have 29 sectors and span over 102,000 acres with a major focus on mitigating environmental issues, water shortage, and unplanned development in the area.

It would have state-of-the-art educational institutions, healthcare facilities, innovation, and technology centers, sports grounds, he said while regretting the less focus of previous governments on such initiatives, which were being taken across the globe for development purposes.

He said that seven treatment plants and three barrages would be built in the city to overcome the water shortage and to improve the water table in Lahore city. He was of the view that barrages would help save the city from the flood in case India released the water during monsoon season.

Shahbaz Gill said that 8 local and three international universities had expressed their interest to set up their campus in the new city.

He said that Prime Minister Imran Khan was taking keen interest in the first green and environmental friendly project and conducted over 70 meetings till date.

The SAPM said the studies were carried out during the tenure of previous governments, but it was only Prime Minister Imran Khan, who had been advocating planned development in the country for last several years, finally decided to materialize the project.

He said the project would not only fulfill socio-economic needs of the city of Lahore, but also create immense job opportunities for the people.

Imran was of the view that at present, the country was facing shortage of about 10 million houses, adding the completion of project would hopefully rectify the situation in the city.

Muhammad Imran said that master plan of Lahore was changed in four years including 2013, 2014, 2015 and 2016, but unfortunately work on the project of national importance could not be initiated.

The Chief Executive Officer (CEO) Ravi Urban Development Authority (RUDA) Imran Amin said a new city was need of the hour as Lahore was grappling with multiple challenges due to rapid increase in its population and inefficient civic planning, adding the master plan of Lahore should have been revised multiple times in the past but the initiative was not taken by the previous regimes.

He dispelled the impression that the land would forcibly be acquired for the development of the new city, adding the affectees would be accommodated through various regulations in the Act.

Imran Amin said the Ravi city was a modern city which would be built on par with the international standards. Positive impact of the new city would come to the fore in next three to four years, he added.

“We have envisaged a city of future dreams. It will meet the water needs of Lahore till 2045,” he said, adding “With a length of 46 kilometres and a width of 3,280 feet surrounded by a 33 feet high wall, it will look like a gift of nature for the people of Lahore.”

He said 836 cusecs of untreated domestic waste water was being dumped into the project area of Ravi River. The development of a lake would purge the Ravi of domestic and industrial waste, and provide 271 billion liters of water, he added.