WHO wants better monitoring of Euro games as cases rise 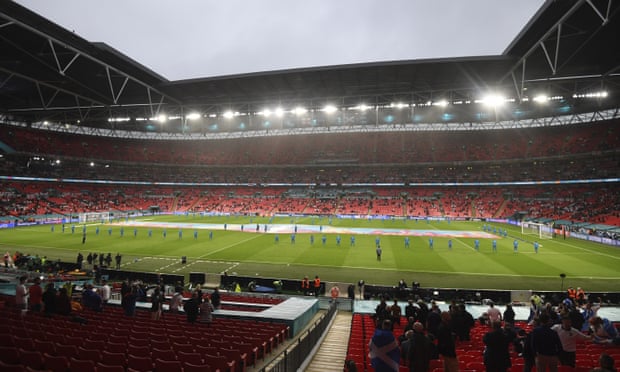 The World Health Organization on Thursday said Covid cases were on the rise again in Europe and called for better monitoring of the movement of spectators attending Euro 2020 football matches.

“There will be a new wave in the WHO European Region unless we remain disciplined,” WHO’s regional director for Europe, Hans Kluge, told a press conference. Noting that cases had declined for 10 weeks in the WHO’s European region, Kluge said that “last week, the number of cases rose by 10 percent, driven by increased mixing, travel, gatherings and easing of social restrictions.”

Kluge cautioned this reversal came in the context of rising cases of the Delta variant, first spotted in India, which the regional director said “overtakes Alpha very quickly,” referring to the variant that first emerged in Britain. A report by the EU’s disease control agency ECDC estimated the more contagious Delta variant could account for 90 percent of new cases in the EU by the end of August. Kluge also said that the Delta variant could become the dominant strain in WHO’s European region, which is made up by 53 countries and territories — including several in Central Asia — by August. However, by then, “the region will not be fully vaccinated,” Kluge said. Around 63 percent of people “are still waiting for their first jab”, he said, even though the region “will still be mostly restriction-free” by that point.

Vaccines have been shown to also protect against the Delta variant, but a high level of protection requires two doses. Kluge said that the average vaccine coverage in the WHO’s European region was 24 percent, but half of elderly people and 40 percent of healthcare workers were still unprotected. “That is unacceptable, and that is far from the recommended 80 percent coverage of the adult population,” Kluge said.

Asked about whether the Euro championship was potentially acting as a “super-spreader” event, Kluge replied: “I hope not… but this can’t be excluded.” The UN organisation called for better monitoring of spectators, including before they arrive and after they leave stadiums. “We need to look much beyond just the stadia themselves,” Catherine Smallwood, Senior Emergency Officer at WHO’s European office, said when asked about recommendations in the face of rising cases in London and Saint Petersburg. The British capital is due to host the semi-finals and final of the tournament next week, while the Russian city will host the quarter-final between Switzerland and Spain on Friday.

Azerbaijan’s capital Baku will host the game between Denmark and the Czech Republic on Saturday. Hundreds of cases have been detected among spectators attending Euro matches, including Scots returning from London, Finns returning from Saint Petersburg and carriers of the more contagious Delta variant in Copenhagen. “What we need to look at is around the stadia. How are people getting there? Are they travelling in large crowded convoys of buses? Are they taking individual measures when they are doing that?” Smallwood said. She also added that it was also important to look at what was happening after the games, for instance if fans gathered in crowded bars. “Should this mixing happen, there will be cases,” she said. The WHO also called for vigilance around all major summer gatherings, not just around football games. “What we know is that in a context of increasing transmission, large mass gatherings can act as amplifiers in terms of transmission,” Smallwood said.