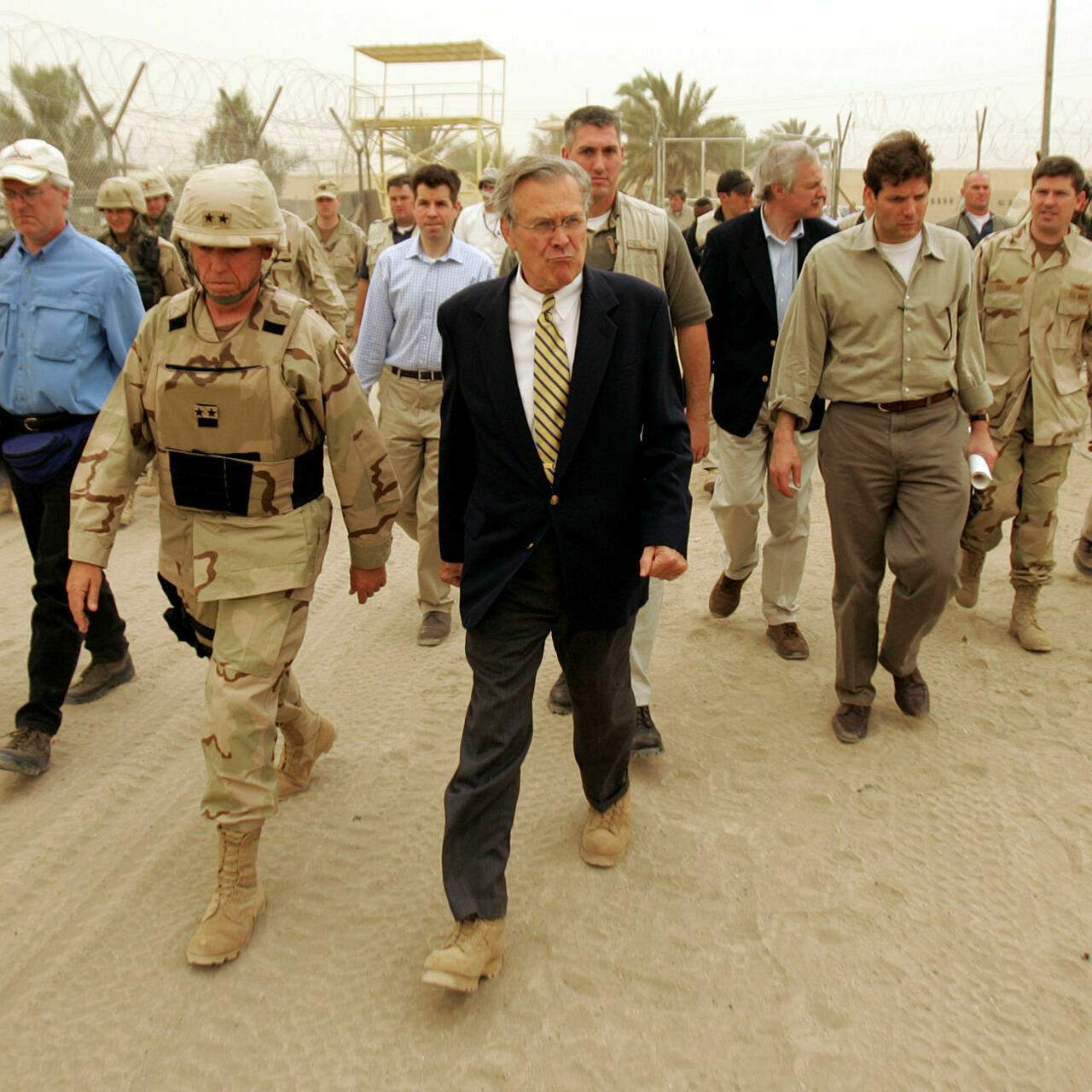 Iraqis responded Thursday with a mixture of bitterness and indifference to the death of Donald Rumsfeld, former US defence secretary and architect of the 2003 invasion of their country.

“I’m not saddened by the death of an occupier,” said Saad Jabbar, a transport ministry employee, a day after Rumsfeld’s family announced his death at the age of 88. The US “left us nothing but memories of occupation and destruction”. In charge of the US military for most of George W. Bush’s presidency, Rumsfeld led the charge into devastating wars in Iraq and Afghanistan following the September 11, 2001 attacks on New York and the Pentagon. The Iraq invasion, based on false claims that Baghdad had weapons of mass destruction, removed dictator Saddam Hussein, and Washington promised it would bring democracy and freedom to the region. In reality it sparked years of sectarian violence and led to the emergence of the jihadist Islamic State group. “I don’t think history will look kindly at them (Rumsfeld and Bush) because of the catastrophes they caused, including to the Iraqi people,” said a tribal leader from Iraq’s Anbar province who asked not to be named. Rumsfeld had famously dismissed widespread looting after US troops captured Baghdad by quipping that “stuff happens”.

Washington’s failure to commit enough troops to secure the country became viewed as a central mistake, leading to intense, sectarian civil war in which hundreds of thousands of civilians died. “Rumsfeld didn’t give anything to Iraq except for destruction and empty promises,” said Karim al-Tamimi, a Baghdad taxi driver. “Where’s the democracy and the better living conditions they promised to Iraqis? Our lives went from bad to worse.” Rumsfeld long defended the invasion. But in his memoir, “Known and Unknown,” he regretted that Bush did not accept his resignation after pictures emerged in 2004 of abuse in Baghdad’s Abu Ghraib jail, saying he had become a “dangerous distraction.”