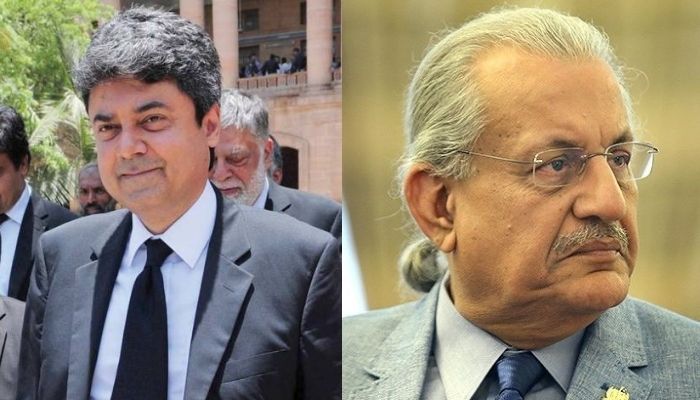 ISLAMABAD: Senator Mian Raza Rabbani did not take well to Federal Minister for Law and Justice Farogh Naseem laughing while Rabbani was discussing a bill on women’s inheritance rights during a Senate panel meeting on Thursday.

A meeting of the Senate Standing Committee on Law and Justice was held under the chairpersonship of Barrister Ali Zafar on Thursday. Naseeme meeting

When Rabbani was speaking about women’s inheritance rights, he reportedly got angry at Naseem for laughing. He said Naseem had a “non-serious attitude” and he did not want to continue.

Naseem reportedly responded with an apology and defended himself saying that he was not laughing at what Rabbani was saying, but rather at a joke Senator Farooq Hamid Naek had made.

Naek said he did not say anything from the start.

“Mr Raza Rabbani, I was not laughing at you, we are joking about something else,” Naseem said.

But Rabbani did not believe him. He said he had “whitened his hair in the sun” and understood “signs”.

The chairperson of the committee, Zafar, said Naseem was talking amid a serious atmosphere and discussion.