How Jacobabad crossed a temperature threshold too severe for human tolerance

* Mercury levels in the city can soar to a life-threatening 52 degrees Celsius, experts told the British daily 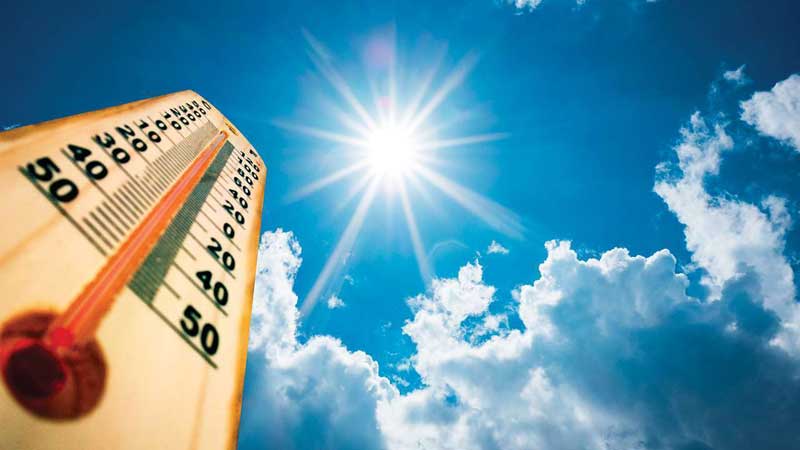 Jacobabad, located in the Sindh province of Pakistan, has always been notorious for its scorching summers – when high temperatures and humidity send the city’s 200,000 residents running for cover.

According to recent research, the city has officially surpassed the threshold temperature which human beings can withstand, the Telegraph reported.

Mercury levels in the city can soar to a life-threatening 52 degrees Celsius, experts told the British daily. The grim milestone was crossed, albeit briefly, decades ahead of predictions based on climate change models. Ras al Khaimah in the United Arab Emirates is the only other city to have crossed this deadly threshold.

The situation is made worse by the fact that blackouts are common and few have air conditioning to combat the blistering heat. During these months, the city also witnesses a spike in cases of heat strokes, heat-related illnesses and deaths.

Jacobabad is situated along the Tropic of Cancer, which means that the sun is nearly overhead during the summer months. The mixture of heat and humid air from the Arabian Sea has contributed to the city crossing temperatures of 52 degrees Celsius, which could potentially be fatal for human beings, according to a study conducted by Colin Raymong, Tom Matthews and Radley M Horton last year.

The situation is made worse by the fact that blackouts are common and few have air conditioning to combat the blistering heat. During these months, the city also witnesses a spike in cases of heat strokes, heat-related illnesses and deaths

Based on available global weather data, the researchers found that Jacobabad and Ras al Khaimah are the only two cities in the world to have crossed this dangerous temperature threshold. According to their research, temperatures are likely to rise even further in the near future as this region of Pakistan along the Indus Valley is believed to be particularly vulnerable to climate change.

“The Indus Valley is arguably close to being the number one spot worldwide,” Tom Matthews, a lecturer in climate science at Loughborough University, told The Telegraph. “When you look at some of the things to worry about, from water security to extreme heat, it’s really the epicentre.”

To take both heat and humidity into account, the researchers assessed what are known as ‘wet bulb temperatures’. These are measured using a thermometer covered in a moist cloth. These readings are generally lower than dry bulb readings, which do not take humidity into account. Heat is more dangerous when combined with high levels of humidity.

At a wet bulb reading of 35 degrees Celsius, the body can no longer cool itself by sweating. If this temperature persists for a few hours, it could result in organ failure and even death, experts say.

The situation is a matter of grave concern for the residents of Jacobabad – where many subsist on a low income, and hence have limited ways to cope with the soaring temperatures. Amidst frequent power cuts, the majority are forced to brave the blistering heat waves without air conditioning. Those who can afford it sometimes choose to migrate to Karachi or Quetta, during the particularly hot summer months. Others opt for more sustainable alternatives, such as solar panels. However, these options remain out of reach for many.

While Jacobabad and Has al Khaimah have fierce temperatures in common, the similarities end there. For starters, there is no shortage of electricity in the wealthy UAE, where residents barely feel the effects of the soaring mercury levels.

To work around the acute shortage of electricity, markets in Jacobabad sell ice, fans and low-tech coolers at cheap rates.

While only Jacobabad and Has al Khaimah have recorded life-threatening temperatures so far, other cities around the world do not fall far behind. The study conducted by Matthews and his colleagues, which was published in the Science Advances journal last year, found that parts of eastern coastal India, Pakistan and northwestern India also record temperatures over 31 degrees Celsius during summer months.

The shores of the Red Sea, Gulf of California, and southern Gulf of Mexico are also hotspots, according to the study.