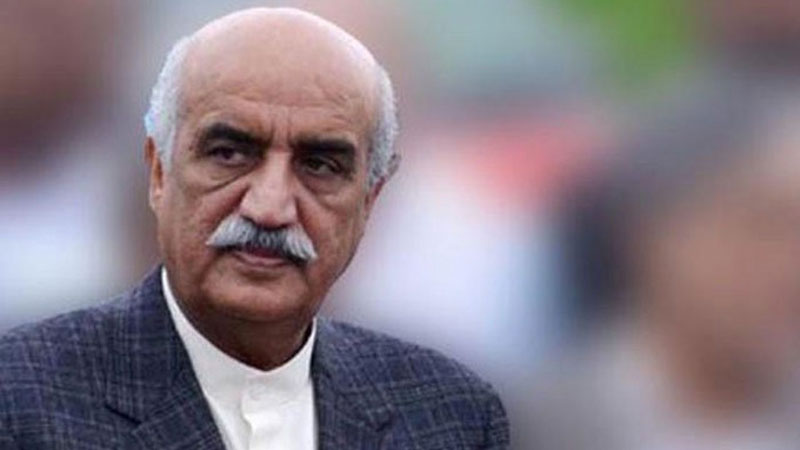 The Sindh High Court (SHC) on Wednesday rejected reports submitted from the Sindh government, NICVD, and National Accountability Bureau (NAB) regarding the prolonged stay of PPP MNA Syed Khursheed Ahmed Shah at the cardiac hospital after being declared as sub-jail.

The SHC expressed its resentment over the prolonged stay of Khursheed Shah in the NICVD and remarked that the home department has unnecessarily declared the health facility as a sub-jail.

The additional advocate general apprised the court that the NICVD was declared a sub-jail for Khursheed Shah on the directives of Chief Minister Murad Ali Shah.

Justice Omar Sial during the hearing asked the NICVD doctor if there was any patient whose treatment was prolonged for two years.

The court issued notice to chief secretary Sindh, DG NAB Sukkur, and NICVD incharge and directed them to satisfy the court with their replies in the matter during the next hearing.

“If a satisfactory response does not come out then top officials will be summoned to the court,” the judge remarked and added that they could summon the chief minister, NICVD head, and DG NAB.

The hearing of the SHC Sukkur bench was later adjourned for July 8.

It is pertinent to mention here that a Pakistan Tehreek-e-Insaf (PTI) leader Syed Tahir Shah had filed a petition in the high court, challenging the alleged illness of Khursheed Shah, in which he has been treated at the NICVD Sukkur for the last 18 months.

The petitioner requested the court to ask the Sindh health department about his illness and what was diagnosed during the medical investigation and detail of the treatment he has received during his prolonged stay at the heart hospital.