139 killed, 363 people injured during past 6 months in IIOJK: Report 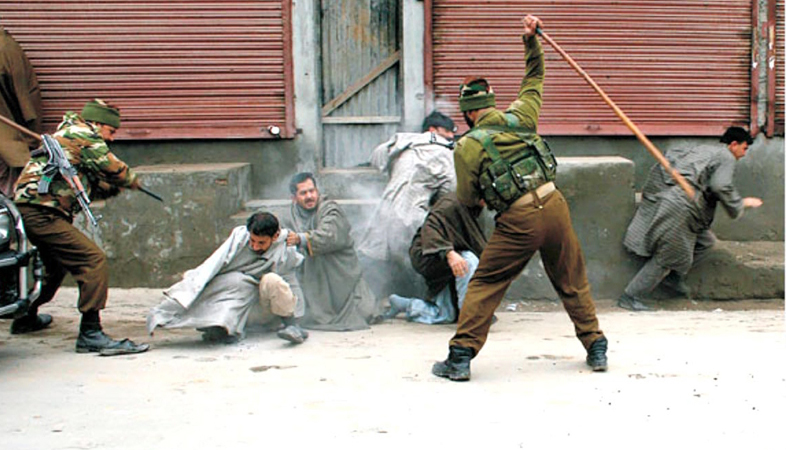 At least 139 people were killed and 363 injured by occupied forces in Indian illegally occupied Jammu and Kashmir (IIOJK) during the past six months.

According to a bi-annual report, prepared by All Parties Hurriyat conference (APHC) on the situation of human rights violations in IIOJK the Indian occupying forces launched 202 Cordon and Search Operations (CASOs) and Cordon and Destroy Operations (CADOs).

At least 58 houses were vandalized and destroyed by the Indian occupying forces in these operations while some 18 civilians were killed in different violence related accidents including extrajudicial/Custodial killing of Top Hurriyat leader Mohammad Ashraf Sehraie and mother-daughter duo by mysterious blast in Handwara.

Similarly, around 57 militants died in 30 encounters and 64 personnel of occupying forces were also killed.

The report added that there were 40 instances of internet blockades recorded from January 1 to June 30 2021 while 350 persons were detained and arrested by Indian occupational forces and lodged in different jails across India, during the same period.