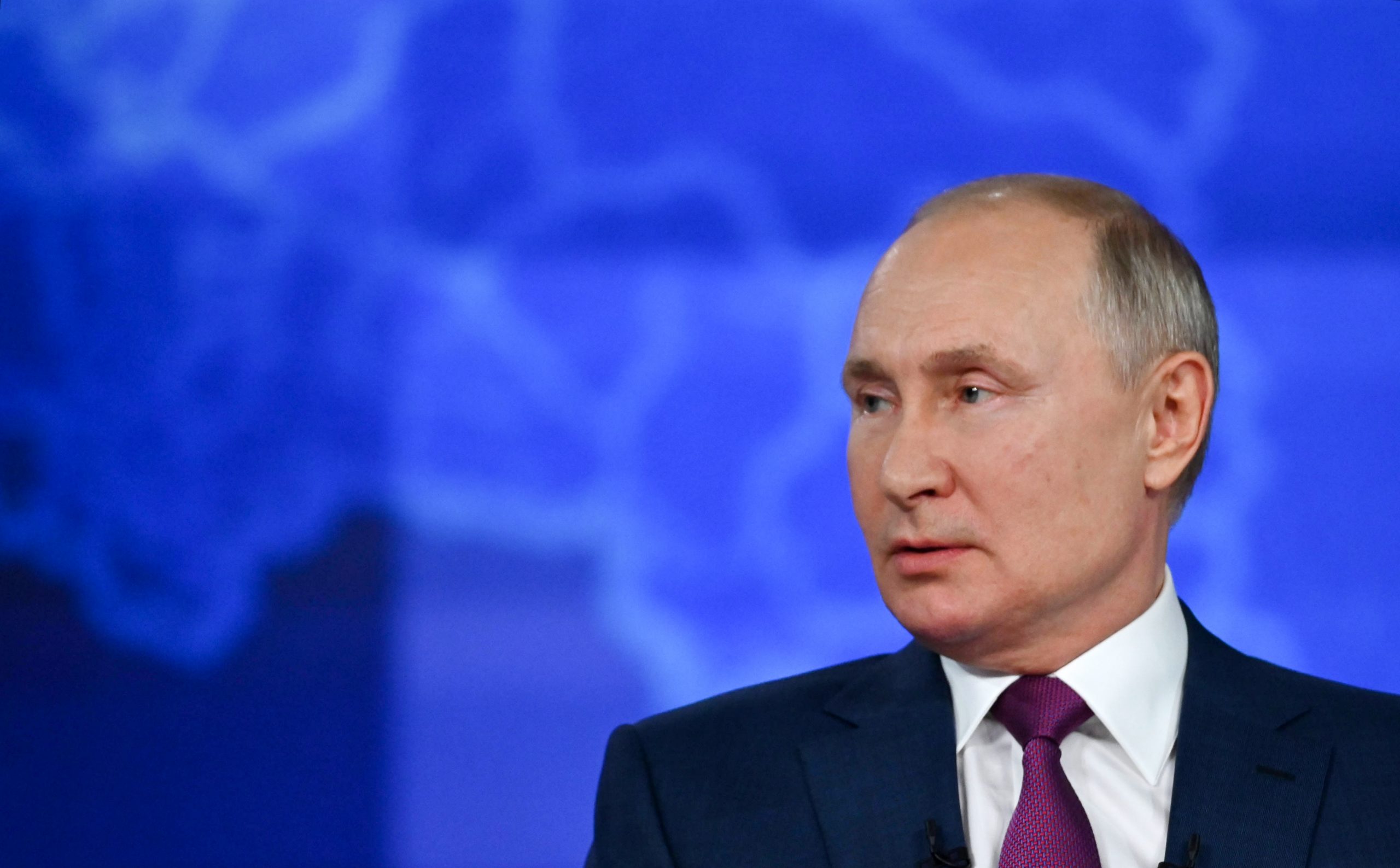 Russian President Vladimir Putin on Wednesday questioned the point of meeting with Ukraine’s leader Volodymyr Zelensky, claiming his country was effectively run by leaders in Washington and European capitals.

“What’s the use of meeting with Zelensky when he has given full control of his country to outside management? Key decisions are being made in Washington, and Berlin and Paris to some extent,” Putin said during an annual televised phone-in with Russians. “I’m not refusing to meet with Zelensky, it’s just necessary to understand what there is to talk about,” he added. Ukraine has been battling pro-Russian separatists in eastern Ukraine since 2014. After a lull in fighting last year, the conflict escalated again at the start of 2021. In April, as Russia amassed more than 100,000 troops near the Ukrainian border and in Crimea, Zelensky invited Putin to meet in eastern Ukraine.

Putin shot down that offer, saying instead the Ukrainian leader was welcome in Moscow “any time”. Russia later announced a troop pullback, but both Washington and Kiev say that the withdrawal has been limited. Putin on Wednesday described Ukraine’s leadership as “unfriendly,” but said Russians and Ukrainians were close. “We are one,” he said. Earlier this month, Zelensky accused Russia of delaying the proposed meeting with Putin. Zelensky last month accused Russia of delaying the proposed meeting with Putin. Kiev’s conflict with separatists in the eastern Donetsk and Lugansk regions broke out in 2014 when Russia annexed the Crimean peninsula. The fighting has claimed more than 13,000 lives. Kiev and its Western allies accuse Russia of sending troops and arms to support the separatists, which Moscow has denied.