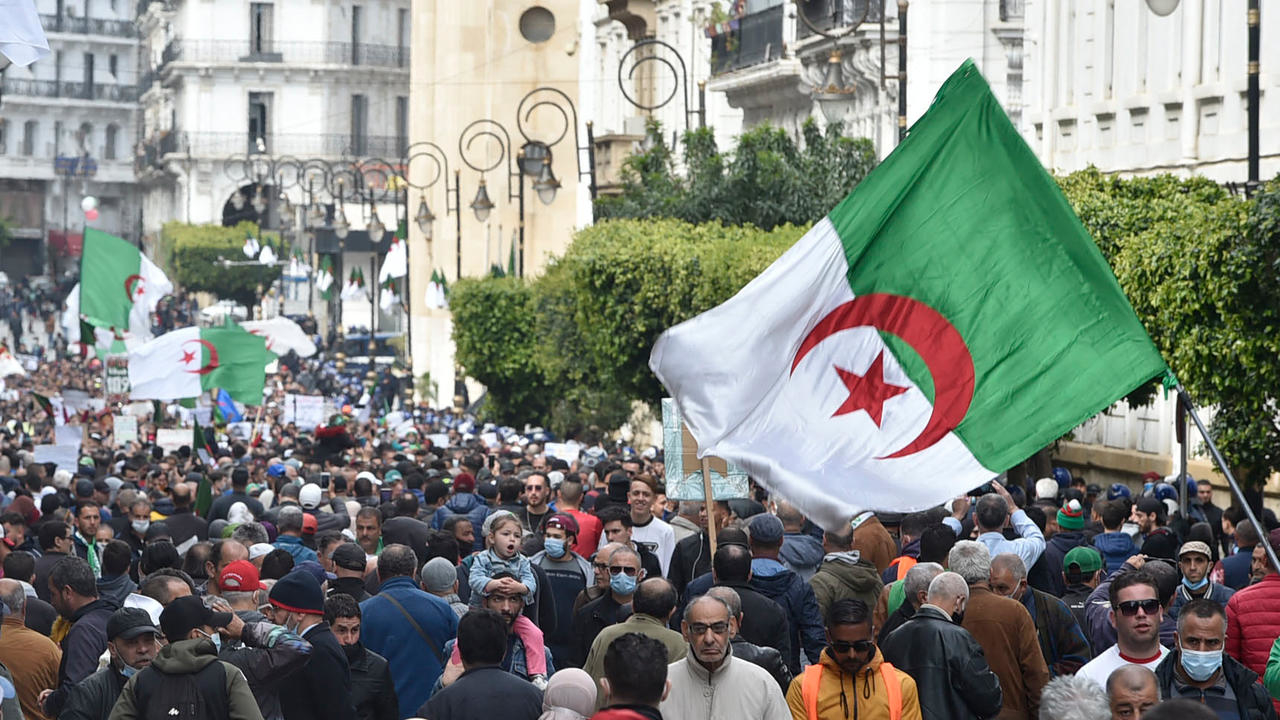 A prominent figure from Algeria’s Hirak pro-democracy protest movement was among those on a Spain-bound migrant boat intercepted by the Algerian coastguard, a rights group said Tuesday.

Media outlets in Algeria reported that the coastguard had intercepted a political activist among 14 people it detained on Sunday night off Oran, on the country’s northwest coast. Chems Eddine Laalami was among the “harragas”, or young illegal migrants who try to cross the Mediterranean Sea on makeshift boats, said the Algerian League for the Defence of Human Rights (LADDH). Laalami, a tailor, shot to prominence in February 2019 when he demonstrated in Bordj Bou Arreridj near Algiers to denounce then president Abdelaziz Bouteflika’s bid for a fifth term. A peaceful popular uprising erupted soon after in the capital and other major cities of the North African country, forcing Bouteflika to resign in April that year. Laalami, also known as Brahim, has since been arrested several times and convicted in a number of trials. On February 15, he was sentenced to two years in prison and fined 200,000 dinars ($1,485). He was later granted a presidential pardon along with dozens of other Hirak prisoners. The activist now faces another stint behind bars following of his attempt to leave the country.

Algeria passed a law against illegal migration in 2009 that can see offenders jailed for up to six months, but the move has failed to stem the flow of those leaving its shores for Europe. Determined to break up the Hirak protest movement, the government has banned its demonstrations and stepped up legal proceedings against opponents, activists, journalists and academics. Some 300 people are currently behind bars on charges related to the Hirak, according to the CNLD prisoners’ right groups.