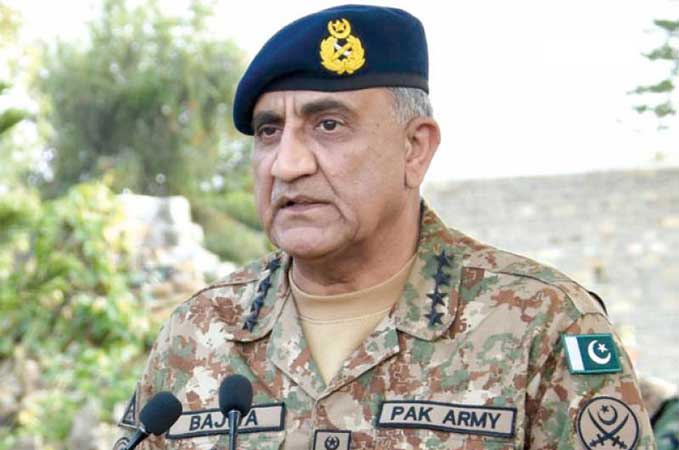 The army chief said this during a video call with General Claudio Graziano, Chairman European Union Military Committee (EUMC), on Tuesday, according to a statement issued by the Inter-Services Public Relations (ISPR).

According to the military’s media cell, matters of mutual interests, regional security situation including recent developments in Afghan Peace Process and enhanced bilateral cooperation with European Union (EU) came under discussion during the call.

Both the dignitaries pledged to play their role for further improvement in cooperation at all levels, said the ISPR.

Earlier in May, during a meeting with the EU Ambassador Androulla Kaminara at the General Headquarters (GHQ), General Bajwa said that Pakistan values its relations with the European Union.

According to a statement issued by the ISPR, the two officials discussed matters of mutual interest, regional security situation including recent developments in the Afghan Peace Process.

“Pakistan values its relations with the EU and we earnestly look forward to enhancing mutually beneficial multi-domain relations based on common interests,” said the statement quoting the COAS.

The visiting dignitary appreciated Pakistan’s sincere efforts for bringing peace and stability in the region, especially the Afghan peace process.