UN report about violence against IIOJK children just tip of the iceberg: Masood 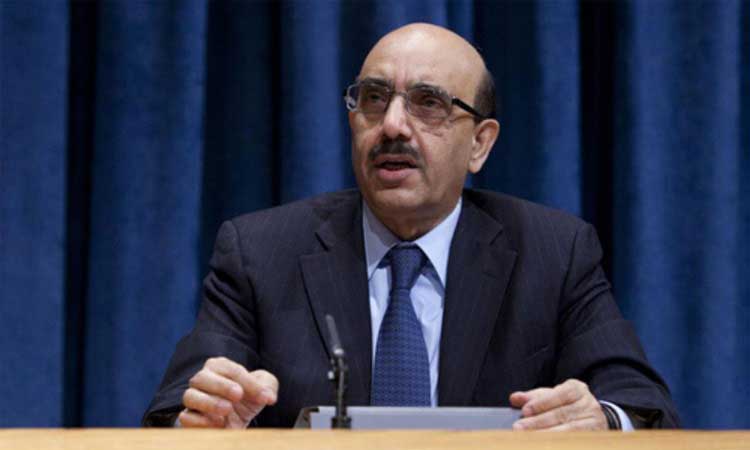 President of Azad Jammu and Kashmir (AJK) Sardar Masood Khan on Tuesday welcomed the report of the UN Secretary-General Antonio Guterres in which he expressed concern over state-sponsored violence against children, including the use of pellet guns.

Commenting on the report titled “Children and Armed Conflicts ” unveiled by the UN secretary-general in which he mentioned the ill-treatment being meted out to the children of occupied Kashmir, the state president said that thousands of Kashmiri children have been orphaned by the Indian army during the last 30 years while hundreds of others were killed, injured, maimed or blinded.

“What the secretary general’s report about Indian Occupied Kashmir has stated is the just tip of the iceberg. The real situation is even worse as the occupation army is not only abusing the rights of children but also is engaged in carrying out genocide, war crimes, and crimes against humanity.

He asserted there are children of 10 to 13 years of age among the 14,000 civilians the Indian Army had arrested during curfew and the lockdown in the different parts of the occupied territory since August 5, 2019. These children are still in custody in different prisons in northern India and occupied Kashmir, and they are not being released even after the outbreak of coronavirus, he added.

He demanded an open debate on the UN secretary general’s report in the UN Security Council along with other patterns of repression being let loose against the children in the held territory to prepare recommendations and to propose action against the perpetrators of these brutalities.

“To force India to respect human rights, it is imperative for the international community to take concrete steps”, the state president asserted.

Describing children and women as the worst suffered segment of India’s illegal occupation of a part of Kashmir, the AJK president demanded a comprehensive and in-depth investigation to dig out the facts about the worst human rights violations in occupied territory.

“In the light of the reports of its own Human Rights Commission released in the years 2018 and 2019, the United Nations should constitute an international commission of inquiry to probe the worst human rights violations in Occupied Jammu and Kashmir and its report should be tabled in the world body,” he added.

Khan said the United Nations instead of making calls should hold India accountable for its crimes against humanity in IIOJK.