* Talking about what fans should expect from the movie, Cena says, 'It delivers' 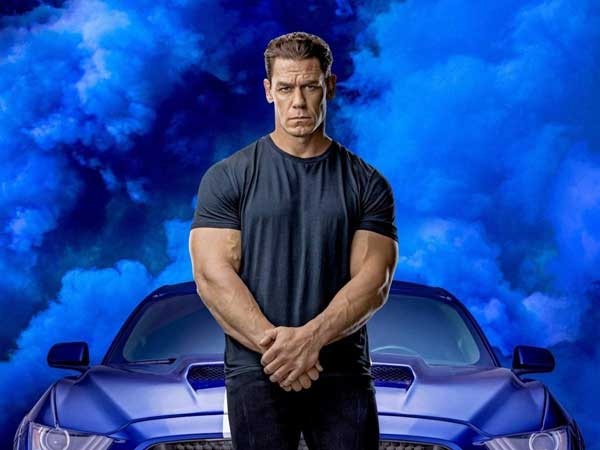 Cena, who joins the Fast & Furious family through this instalment, has a special message for his fans ahead of the release. Talking about what fans should expect from the movie, Cena says, “It delivers. It’s simple. It delivers. And everybody’s been patient and we’re at such a good point where we feel that people can responsibly and safely go back to the cinema and enjoy it. And you want that first experience to give you everything you miss about the movies. F9 delivers. Flat out, straight up, it delivers.”

Adding on, he also stated how his character in the film – Jakob Toretto, is one of the toughest roles that he has ever played.

Adding on, he also stated how his character in the film — Jakob Toretto, is one of the toughest roles that he has ever played

However, when asked as to what new is he bringing in the movie, a humbled Cena said, “Like I said, this movie is a success without me. So, I think understanding that and having a great understanding of Fast is going to be Fast. It’s not going to be nor does it need to be the John Cena show. That really allows me to contribute to Fast the best I can. And like I said, it allows me to take chances and be bold and be the best Jakob Toretto that I possibly can be. I really looked at this opportunity, not trying to change the world because the world isn’t broken. I’m trying to add to it. I’m trying to make a contribution that adds to the success of the franchise and whether that’s just for standalone F9 or whether it has a future, that’s beyond my control.”

Fans of the saga will be pleased by all the familiar faces that are sprinkled throughout the film.

Other than John Cena who kept his role secret while filming, luckily, there are enough crazy chases, fights, and family moments to make F9 one of the best films in the series.

Fast9 to hit the theatres soon!