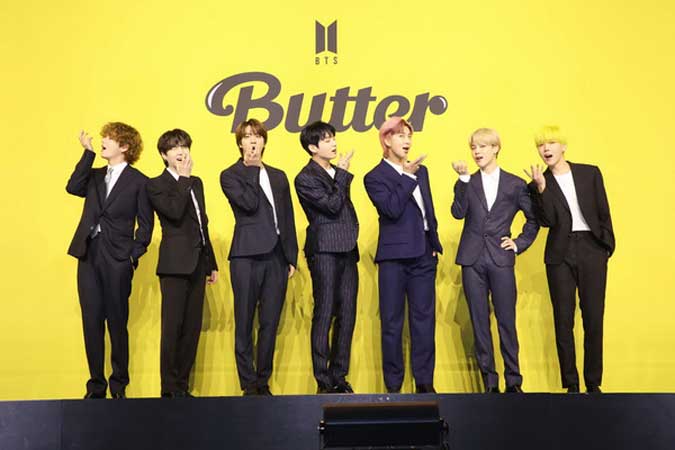 “Butter” is the latest hit from the South Korean boy band BTS, remains at the top of the Billboard Hot 100 chart for the fifth consecutive weeks.

Out of the 54 songs to launch on number one, this is only the 11th track to remain at the summit in its first five weeks. “Butter” is also the second longest reigning song from its debut by a group in the chart’s history.

The Grammy-nominated band is all set to release their single CD “Butter” on July 9, which will include the song and a new single. They recently wrapped up their live-streamed fan meet “BTS 2021 MUSTER SOWOOZOO” successfully. As many as 1.33 million viewers tuned in from 195 countries/regions across two days.