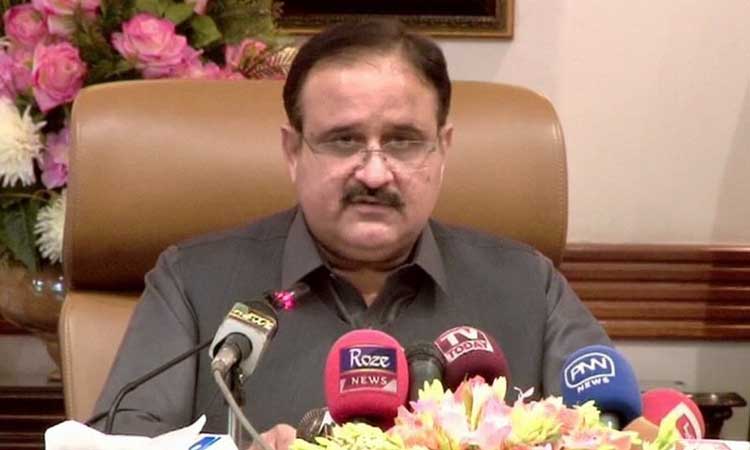 Punjab Chief Minister Sardar Usman Buzdar said on Monday that a ‘hostile intelligence agency’ is involved in blast in Lahore’s Johar Town last week, adding that all culprits involved in terrorist attack have been arrested by the law enforcement agencies.

Addressing a press conference, the chief minister said that soon after the blast in Johar Town, the Counter Terrorism Department (CTD) started an investigation and traced the culprits involved in the incident within 16 hours by conducting investigation on scientific lines. He said that the bomb was placed in the trunk of a car. He said the Punjab government formed an inquiry team soon after the blast to conduct an investigation on scientific lines as he thought that it was a test case to trace the terrorists involved in the incident. He said those who were involved in purchasing the vehicle used in the terrorist attack, recce doers and other facilitators have already been arrested.

“The Punjab government established an investigation team. I am satisfied to tell you that the investigation was started by the Counter Terrorism Department (CTD) and the suspects were identified within 16 hours. In four days, the terrorists were arrested in raids in the country,” Buzdar said and termed the arrests a ‘big success’ of the Punjab government. “It was found that a hostile intelligence agency is involved which provided financial help to this network,” he shared. All high-profile cases have been traced and suspects arrested, he said.

Giving details of the investigations and the arrests, Inspector General of Police (IGP) Punjab Inam Ghani said police tried to go beyond identifying the car used in the blast and within a few hours, the police had reached the people who owned the car and gained information about how they had gotten it. “Within hours we had unearthed this whole network and went to arrest [the suspects]. The lynchpin who arranged all this has been arrested, those who arranged the car and those who repaired the car and those who filled the car with explosive material as well – we have all of them. We have close to 10 Pakistani citizens – men and women – who were involved in this and who executed it,” he revealed. Ghani said the police had also identified the masterminds behind the explosion who belonged to hostile intelligence agencies. “We have shared [the information] with the federal government and intelligence agencies. A joint investigation team (JIT) has been formed and it will look into [the matter].”

He refuted reports that the name of one of the suspects had been placed on the Fourth Schedule – a list of proscribed individuals who are suspected of terrorism and/or sectarianism under Anti-Terrorism Act (ATA), 1997. Ghani said he had seen a media report stating that the car used in the blast was snatched in 2010. However, the car had been recovered within months and it was later being used on “superdari” (custody) for which the owner had the proper documents, he said. The car had ‘original number plates’, he added.

Responding to a question about the suspect, the IGP said he was originally from Khyber Pakhtunkhwa but he was born and raised in Punjab and spoke fluent Punjabi. When asked which country the hostile intelligence agency was from and whether its agents were operating in Pakistan, he replied that it would “not be appropriate” to mention them. “These hostile agencies cannot come inside Pakistan because of how our agencies and immigrations [department] are working. They find agents in Middle East countries. So, no person of an external agency comes and carries out [attacks] himself.”

Meanwhile, Interior Minister Sheikh Rashid on Monday disclosed that a very dangerous terrorist group linked with Indian intelligence agency RAW has been arrested from Karachi on a mission to conduct terrorist activities in major cities of the country. Sheikh Rashid, however, clarified that this group as not involved in the recent Lahore blast but, added that they found involvement of another group linked with Indian intelligence in the terrorist act. Details of suspected group could not be revealed at the moment, he said.