* In 1584, Miyamoto Musashi was born in either Japan's Harima Province or the hamlet of Miyamoto in Mimasaka 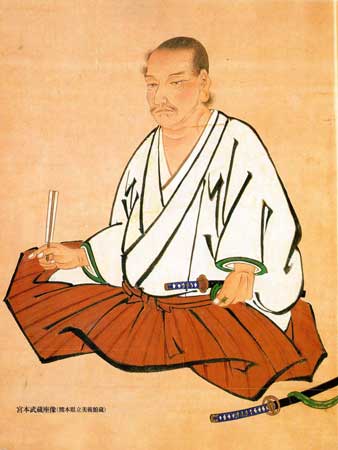 Miyamoto Musashi’s the Book of Five Rings is a manifesto describing his competence in swordsmanship, planning, creative thinking and winning. The Book of Five Rings, translated by William Scott Wilson, delves into Musashi’s instructions on what to do and what not to do in the face of a skilled martial arts opponent. This book has been translated in such a way that Musashi’s counsel is straightforward, easy to follow and interesting for a wide audience.

In 1584, Miyamoto Musashi was born in either Japan’s Harima Province or the hamlet of Miyamoto in Mimasaka. Little is known about Musashi’s life, but what is known has underlined his inability to lose a battle, which has been cobbled together from a tiny number of credible sources. Musashi is known as an unbeaten warrior who won his first combat at the age of 13 against the swordsman Arima Kihei. From then until the day he died, he was successful in every combat he engaged in, and it was near the end of his life that Musashi penned down his Way of the Martial Arts, and the great swordsman died in 1645, at the age of 62.

The Book of Five Rings is a simple and enjoyable translation of Musashi’s manifesto. It is divided into five books: “The Earth Chapter,” “The Water Chapter,” “The Fire Chapter,” “The Wind Chapter” and “The Emptiness Chapter” and is accompanied by a detailed introduction, chapter notes and a bibliography. The Introduction by William Scott Wilson orients the reader properly and offers all of the background information needed on Miyamoto Musashi and his life, as well as the historical period in which Musashi lived and wrote.

Each part of Musashi’s manifesto addresses a distinct component of Musashi’s “Way” of martial arts. The Earth Chapter is the first portion, and it offers a summary of his martial arts Way. The second chapter is The Water Chapter, which employs water as a metaphor for the mind and concentrates on his Way’s swordsmanship. Musashi begins the chapter by saying, “You should consider these principles as if they were discovered from your own mind, and continually make great efforts to make them a physical part of yourself,” and goes on to describe several techniques for assaulting your opponent in various scenarios. He also emphasises the significance of the mind and body when studying the Ways, particularly the eyes, hands, feet, head, neck, and posture. The act of wielding a sword is a full-body sensation. 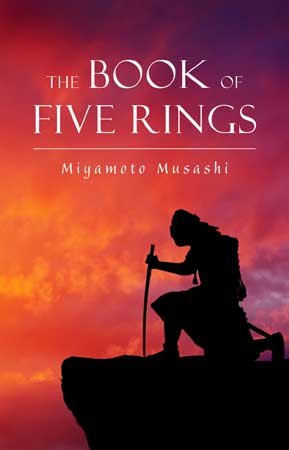 The third chapter is The Fire Chapter, which focuses on combat since fights, like fire, may be little or big. Musashi considers the optimum arrangement of light, how to use your environment to your advantage, and how to use your thoughts during fight. The Wind Chapter follows, which is not about Musashi’s Way, but on the problems of other schools and martial arts, and what makes his Way superior. The final chapter is the Emptiness Chapter, which is the shortest part penned by Musashi: “so that you may naturally reach the Way of Truth”.

The Book of Five Rings by Miyamoto Musashi, translated by William Scott Wilson, is an excellent and easy-to-read work for anybody interested in martial arts and the strategic thinking of a victorious samurai. This book is both appealing and educational, with images of Japanese crests throughout.