* These doors may also be magical realism, like any science fiction of the day or the old fantastic yet mythical tales 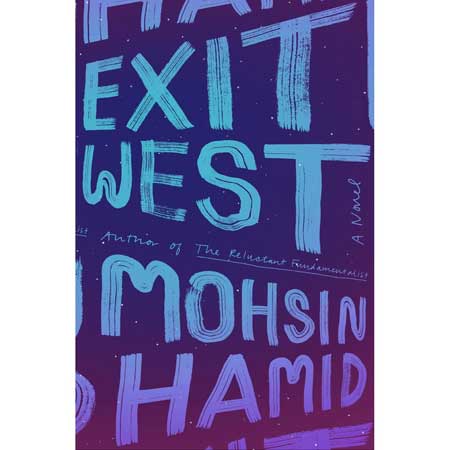 Hamid’s novel Exit West, otherwise a tale of migration, uses magic doors for migration and lends a colour of fantasy and allegory. These doors seem to be the linking devices used to connect different parts of the world.

These are fantastical in the sense that they open just like the door of caves in the fairy and mythological tales which close and open by uttering a few simple words. But the doors of Hamid in Exit West create not only a magical effect but also save the writer from the lengthy description of the troubles of migrations and the hardship suffered by the migrants. In his interview, Hamid explained that he has made use of these magic doors in his novel Exit West, to show migrants, including Nadia and Saeed, the world of their dreams and to open new opportunities for them as per their wishes. These doors provide a window and opportunities to the long waiting migrants to visualize how easy it could be to migrate to other areas of the world which is in fact a herculean task. This wish is the similar to the wish of discovering Allaudin’s lamp and asking the door of the treasure to open when they would just utter a word ‘sesame’ and the new doors of endless possibilities would open for them.

These doors may also be magical realism, like any science fiction of the day or the old fantastic yet mythical tales. When considered magical realism, the postmodern novel provides ample opportunities to be used which may be relevant to the old myths but would work well in the modern 21st century world as science has provided endless possibilities. The Covid 19, situation introduced many new ways of connecting the people which were not less than a magic. But Hamid has manifestly done to avoid descriptions of the sufferings of the migrants on their journeys and instead has focused on the very places where the migrant would dwell and fulfil his or her dreams. Every migrant even after so many losses, as is experienced by Nadia and Saeed, has hope and would wish to pass through a door “to the new city of Marin, on the Pacific Ocean, close to San Francisco,” and is … filled with hope, … to reconnect with their relationship, as it had been not long ago, and to elude, through a distance spanning a third of the globe, what it seemed in danger of becoming.” (Hamid, p. 190)

The employment of magical doors has created endless opportunities on the world borders, which according to Mohsin Hamid, some are very poorly guarded and some are very heavily guarded

The employment of magical doors has created endless opportunities on the world borders, which according to Mohsin Hamid, some are very poorly guarded and some are very heavily guarded. The ones which are heavily guarded make it highly impossible to cross or to enter. But in the novel, magic doors build a world of the wish of the migrants mostly from postcolonial states to enter and exit these doors without any difficulty and hence build a world of restriction free borders where all humanity can move at its will and reside the place they want to. It is in fact a mirror reflecting the possibility and surely a threat to the heavily guarded doors because even these doors open with the magic and have an inherent capacity to provide space to the migrants. This is an illustration of the globalization process wherein borders must be porous instead of being iron curtains. By doing so, the writer manifests his belief in such a world where the problems of identity and homelessness would disappear. Hamid says that “in this group, everyone was foreign, and so, in a sense, no one was” (106).

The use of magic doors on the one hand provide an easy exit while on the other hand make the immigrants become homeless and de-territorialised also because Nadia and Saeed move out easily and join the international community of the migrants through magic doors but the same alienates them from their own homes and community and the territory. Not only this deprives the migrants of their identity and culture but also creates hybridity in language and spaces as well. They become part of global cacophony and share the identity of all the de-territorialised people. By doing so, they also are required to look for their new homes in order reterritorialize themselves.

Therefore, the use of magic doors in Hamid’s Exit West is multidimensional and makes the tale of the migrants even more interesting and fascinating instead of making it a tragedy. The other migrant stories are mostly tragic and create an anti-migrant view. This fantastical tale of migration makes migration enchanting and develops an aura where the migrant is encouraged to relocate and resettle in the new territories that are free of the problems of terrorism, dictatorship, sham democracies and socio-political injustices. The story of Exit West is the story of exiting from the non-western world to the western world to make a beautiful life possible, as it happens in case of Nadia and Saeed who migrate from the war-torn country to safe haven of England to fulfil their dreams. Seen in this context the story becomes the voice of the all the people living in postcolonial states, who wish to live and settle for a comfortably higher standards of life.

The article has been written and contributed by Professor Dr Zia Ahmed who is a professor of English at Government Emerson College, Multan. He can be reached at zeadogar@hotmail.com and Tweets at @Profzee