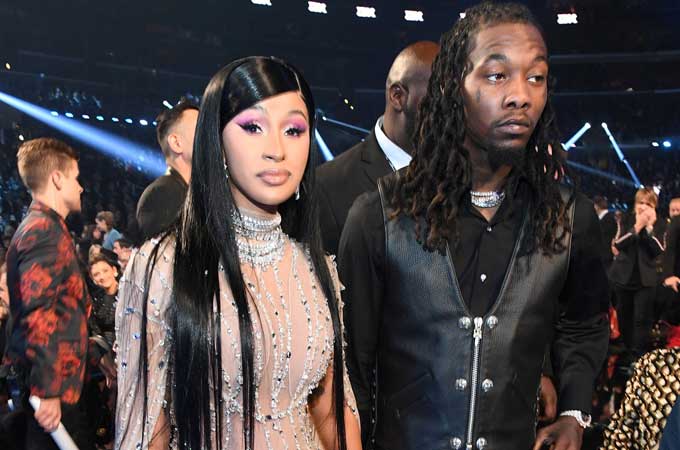 Rapper couple Cardi B and Offset are set to welcome their second child together.

Cardi, 28, shared the news while performing with her husband and his group Migos on Sunday evening at the BET Awards. According to People magazine, after the trio finished performing “Straightenin”, Cardi joined the group for “Type S–“. She appeared on the stage in a rhinestone-embellished black bodysuit, with a sheer panel showing off her baby bump.

Cardi made the news Instagram official simultaneously with their act. “#2!” she captioned her photo with a heart emoji, tagging Offset.

The couple is already parents to daughter Kulture Kiari, who turns three in July. Offset, 29, also has daughter Kalea, six, and sons Kody, six, and Jordan, 11, from previous relationships.

Cardi and Offset, who tied the knot in 2017, have had their fair share of ups and downs.

They were even headed for a divorce late last year but eventually reconciled by November. At the awards, Cardi won video of the year and best collaboration for the smash hit “WAP”, featuring Megan Thee Stallion.