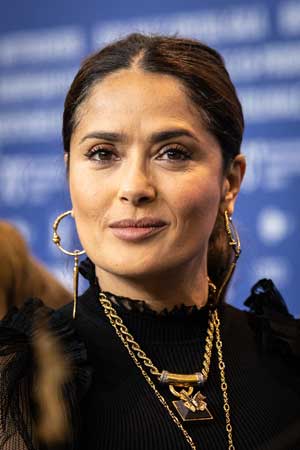 Salma Hayek recently opened up about the myths and misconceptions surrounding menopause. “People have the wrong assumption that is when a woman stops being sexy,” she was quoted as saying by The Sunday Times Style.

She spoke about how it is “unfair” to put an “expiration date for everything” on women, based on their “ability to create babies”.

“It should not define us as women. For so long the concept of beauty in a woman was leaning completely to youth, and I think, f**k that s**t!” she added.

‘It should not define us as women,’ she added

Menopause marks the end of the menstrual cycle and usually begins at the average age of 50. It comprises three phases-perimenopause or around menopause, menopause or when a woman does not get her period for 12 months, and post-menopause which starts a year after the last menstrual period. Read more about it.

The 54-year-old actor revealed it was her idea to make her character menopausal in the film The Hitman’s Wife’s Bodyguard. “For me, it was very important to put it in the plot, because it is such a real issue for everyone,” she expressed.

The Desperado actor also spoke about why she chose to get married and have children in her 40s. “I had reached a place in my career where I’d done a lot of things, I was so excited to be a mother,” she said.