‘Succession’ to end after four or five seasons, says writer 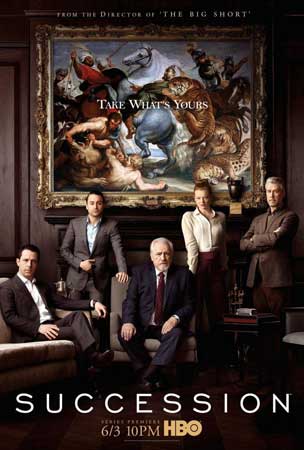 Acclaimed satirical family drama ‘Succession’ will come to an end after a maximum of five seasons, according to series writer and executive producer Georgia Pritchett.

Production on the third chapter of the multiple award-winning HBO series, created by Jesse Armstrong, is currently underway.

“I think the maximum would be five seasons, but possibly more like four,” Pritchett told The Times. “We’re at the end of filming season 3, so at this point is saying only one more,” she said. The writer further said there is a chance of another season after the fourth instalment as creators walk back on doing that one final season, something that she said happens “every time”.

Pritchett also teased a “good end in sight”. The upcoming season of Succession will see Logan Roy in a perilous position after he was ambushed by his rebellious son Kendall at the end of the previous chapter. Scrambling to secure familial, political and financial alliances, tensions rise as a bitter corporate battle threatens to turn into a family civil war.