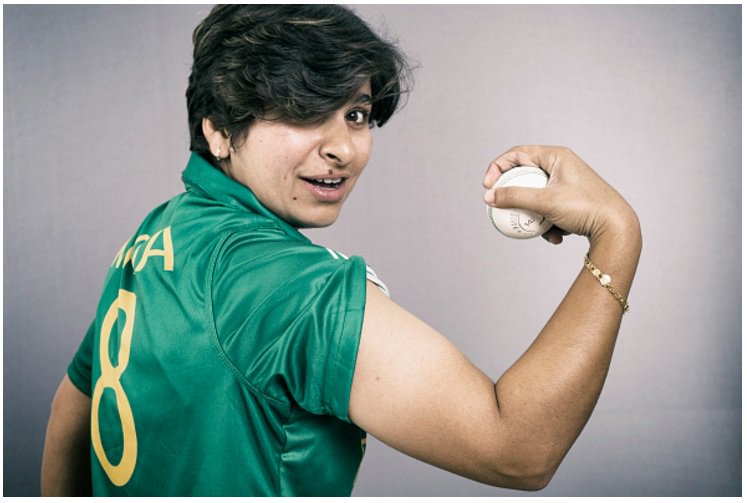 When Pakistan women’s historic tour of the West Indies kicks off with the first of the three T20Is against West Indies Women at Sir Vivian Richards Stadium on Wednesday, the national side’s star all-rounder, Nida Dar, will be eyeing to achieve a historic landmark of her own.

The 34-year-old Gujranwala-born needs one wicket to become the first Pakistan cricketer to join the club of women cricketers with 100 T20I wickets. As of now, only four bowlers – Anisa Mohammed (120), Ellyse Perry (115), Shabnum Ismail (110), and Anya Shrubsole (102) – have crossed the 100-wicket mark at this level, and Nida, who is Pakistan’s most successful bowler with 99 scalps at 18.35 runs per dismissal, is eager to be the fifth.

What further promises to add flavour to the occasion is the fact that she will be the first Pakistan cricketer – across both men and women – to achieve the milestone.

“Cricket is a funny game. It gives you more sad days than happy ones, but still one cannot stop being passionate about it,” Nida told pcb.com.pk. “Definitely, the day I achieve the milestone of becoming the first Pakistan bowler with 100 T20I wickets, it would be one of the happy ones. Certainly, I am excited to be nearing a milestone. The aim, however, remains to make it special for my teammates, coaches, and the whole country by winning that match.”

Nida’s international cricket career began in ICC Women’s T20 World Cup 2010 with a T20I against Sri Lanka Women. It was a close contest which the opposition won by just one run, but Nida showed glimpses of her potential with the figures of two for 10 from two overs, which included the wicket of Inoka Galagedara, Sri Lanka’s top-scorer in the innings. Nida has since played 105 T20Is.

Over the years, Nida, who with 1,152 runs has the third most runs for a Pakistan woman cricketer in T20Is, has developed into a vital cog in the national side, and Javeria Khan will be banking on her experience in the three T20Is and the five ODIs that follow them. How much Nida’s contributions are crucial is underscored by her figures in the matches that Pakistan has won. Out of the 105 matches she has played, Pakistan has won 43 in which she has taken 52 wickets at 11.59 – almost seven runs less than her overall average – and has a strike rate of 15.90.

She is eager to implement her vast experience in the upcoming matches against West Indies.

“As an all-rounder and a senior player in the team, I am looking forward to executing my responsibility of winning the matches for my side. West Indies might be ranked sixth and seventh, but the rankings do not really matter to me because the results are defined by how a team performs on the day.

“This series is a good opportunity for us to win here and it will certainly help us in our preparations for the three major events – World Cup qualifiers, Women’s World Cup, and Commonwealth Games.”