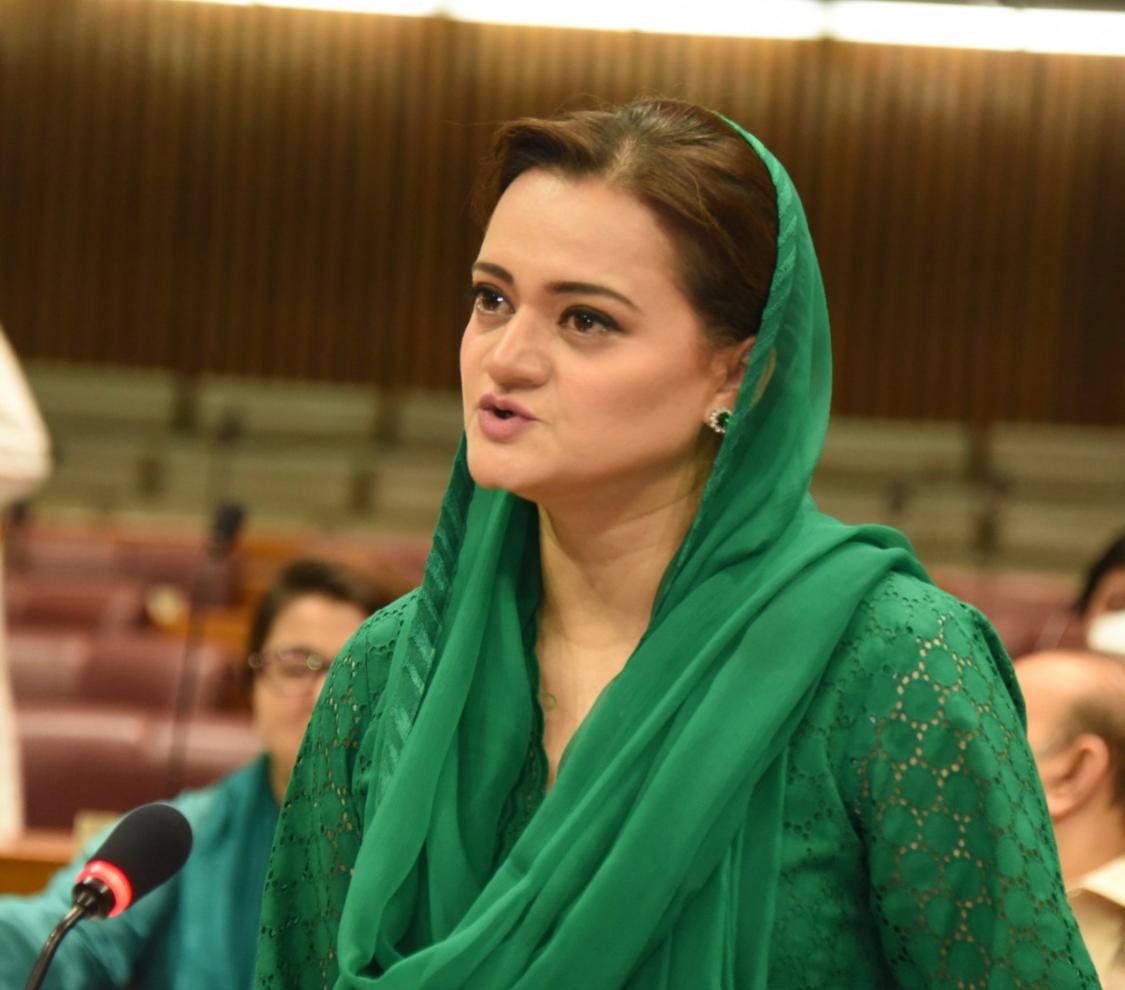 The leader of Pakistan Muslim League-Nawaz (PML-N) Maryam Aurangzeb while talking at the floor of the house, during the debate in the National Assembly on the budget cuts, compared the current government’s performance to Hitler’s Information Minister Goebbels.

She said that the Imran Khan’s government is following the policy of “build palaces of lies like Goebbels, and eliminating opponents”.

The ideological basis of Pakistan Tehreek-e-Insaf (PTI) comes from Goebbels.

She questioned whether the Information Minister was getting paid for abusing, accusing and spreading lies about the opposition.

She said that journalists are on the streets, they have been forced to stay quiet, their stoves are turning cold while the Media Regulatory Authority is being used to take away the freedom of speech.

Instead of announcing the Media Development Authority, immediate legislation should be enacted for the protection and security of journalists.

She said that Pakistan’s identity can be enhanced through culture, drama and film industry and questioned;

“Film and culture policy has been completely abolished, how can the image of the country be improved? There is nothing in the budget for the welfare of the artists, the situation is depressing.”

“Immediate arrangements should be made to show the proceedings of the meeting of the standing committees on PTV like that in the Parliament.”

Investigative reports on the attacks by Matiullah, Absar Alam and Asad Toor should be made public.

She said “Why aren’t investigative reports coming out as quickly as references to political revenge are made?”

She further said that shooting journalists, and hitting the opposition with budget books cannot sell the Pakistani identity.