Nawaz wants Shehbaz to zero in on upcoming AJK election 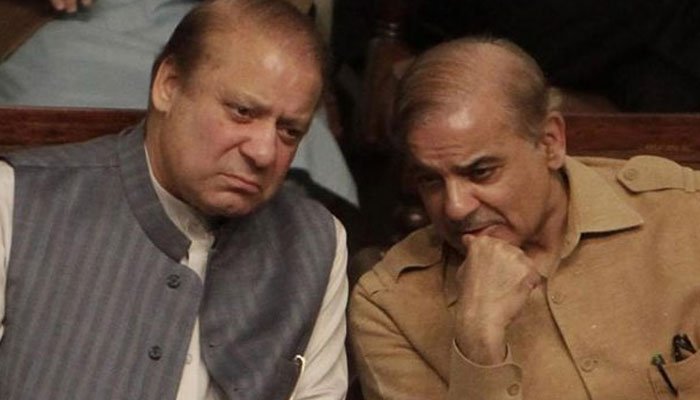 The Sharif brothers discussed the upcoming election in Azad Jammu and Kashmir (AJK) with Nawaz Sharif directing Shehbaz Sharif to zero in on the poll.

Both agreed to task the PML-N’s vice president Maryam Nawaz Sharif to run the party’s election campaign in the region.

The former premier asked both Shehbaz Sharif and Maryam Nawaz to jointly run the campaign and address separate public meetings, while making the Kashmir policy and rising inflation the target of their criticism for the incumbent government.

It is worth mentioning that Pakistan People’s Party (PPP) chairman Bilawal Bhutto Zardari has already arrived in Azad Jammu and Kashmir (AJK) to lead his party’s campaign to woo voters ahead of the election slated for July 25.

A delegation of the Jamiat Ulema-e-Islam called on Special Assistant to Punjab chief minister Sardar Tanveer Ilyas and assured unconditional support to PTI in the upcoming AJK elections.