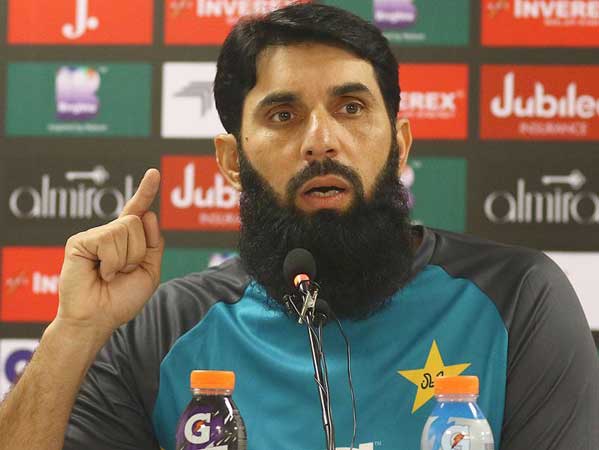 LAHORE: Head coach Misbahul Haq said on Sunday that Pakistan will utilise their England tour for upcoming T20 World Cup which is likely to be held in United Arab Emirates (UAE) this year. Pakistan landed in England a couple of days ago and will begin training from Monday (today). A sixth summer trip to England since 2016 means they are in very familiar territory as they begin the tour with three ODIs. But it is the three T20Is that follow that will remain the focus of attention. Misbah believes the team is a couple of positions away from their best T20 side, as they begin the final stage of their preparations for this year’s T20 World Cup. Pakistan have as good a run-in to the tournament, to be held in October, as could be hoped for: eight T20Is in the next couple of months against the two finalists from 2016, as well as the two favourites for the next edition ––- England and West indies.

Pakistan are aflush with top-order T20 batters but it is the more difficult middle-order slots at five and six they have struggled to fill. Since Misbah took over as coach in September 2019 (and was, for a while, chief selector too) Pakistan have used 14 different players across those two positions and, in Azam Khan and Sohaib Maqsood, will be trialling two more on this tour. “The Pakistan Super League (PSL) made a few things clear,” Misbah told reporters in Derby, England. “I think it is that one slot we are trying to fill, at no.5 and no.6, that we’ve had issues with. We have Azam Khan now and Sohaib Maqsood with us to see if they can, and what combination we can make with them. Overall, the bowling we know we have pretty much our attack. At the top of the order we have our four pretty much and their replacements. So, we know our side more or less but a couple of positions that we need to focus on over the next two series.”

He said one good thing was that they had time. “We have ODIs first, so we can utilise that time and then be properly prepared as we go into the T20s. Form is not something that sticks with you permanently or goes away permanently. As coaching staff and players you try and get that back and we have enough time to do it.” Misbah said touring England last year under coronavirus lockdown restrictions helped turn his squad into “a family”. “As a head coach I would prefer to be in lockdown!. To stay together like that helps the team. Get connected, do whatever you do, in the game room, or the team room, together, practising together, having food together, that was amazing. One thing obviously was that we were cut off from the outside, from families and everyone else. But that time, the whole team became a family and that actually helped us,” added the former Pakistan batsman and captain.