Alia Bhatt says ‘I love you’ to Sanjay Leela Bhansali

* 'We started shooting Gangubai on the 8th of December 2019 .. and we wrapped the film now 2 years later!' wrote the actress 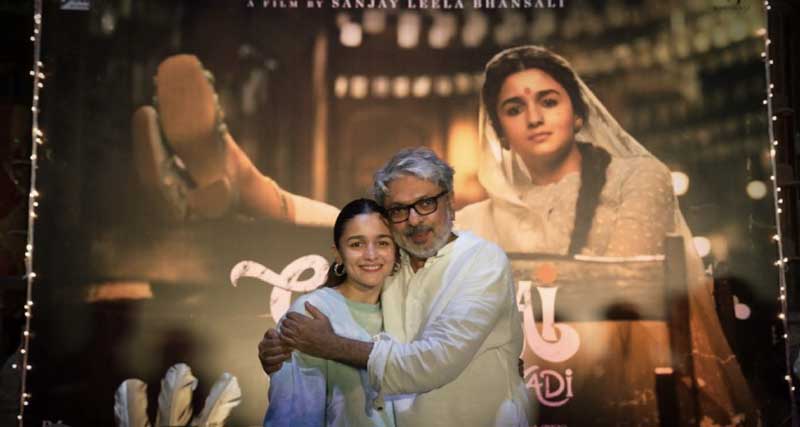 Actress Alia Bhatt posted a long emotional note along with a string of behind the scene photos from the set of her upcoming Sanjay Leela Bhansali directorial ‘Gangubai Kathiawadi’ on Instagram, after completing shooting for the film.

Alia in her post, reminisced the two-year long journey and the various obstacles that the film had to go through. She calls her journey a ‘gigantic life changing experience!’

“We started shooting Gangubai on the 8th of December 2019 .. and we wrapped the film now 2 years later! This film and set has been through two lockdowns.. two cyclones.. director and actor getting covid during the making!!! the troubles the set has faced is another film all together! But through all that and more.. what I take away is the gigantic life changing experience,” wrote the actress.

Expressing her feelings on collaborating with Sanjay Leela Bhansali for the first time, Alia continued, “Being directed by sir has been a dream all my life, but I don’t think anything would have prepared me for the journey I was on for these two years.. I walk out of this set a diff person today! I love you sir! Thank you for being you .. there is truly NO ONE like you”.

‘Badrinath Ki Dulhania’ actress paying homage to her character in the film wrote, “When a film ends a part of you ends with it! Today I’ve lost a part of me.. Gangu I love you! You will be missed”

Lastly, the actress thanked the crew of her film. “P.S – special mention to my crew – my family and friends for these two years! without you nothing would have been possible! Love you guys,” wrote Alia.

‘Gangubai Kathiawadi’ is based on a chapter from Hussain Zaidi’s book ‘Mafia Queens of Mumbai’ and chronicles the story of an influential prostitute from Kamathipura called Gangubai Kothewali who later becomes a politician.