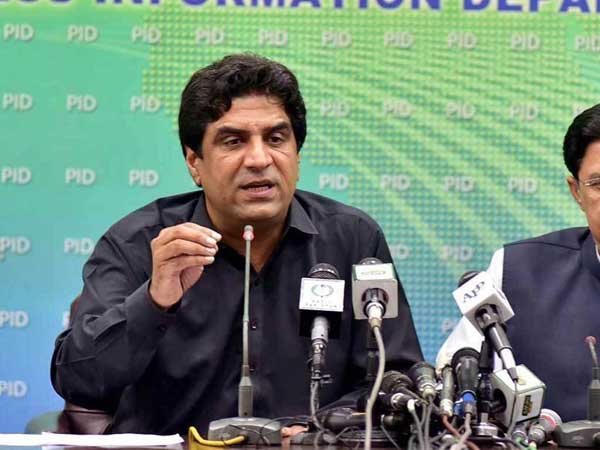 Special Assistant to Prime Minister on Capital Development Authority (CDA) Affairs Ali Nawaz Awan here on Sunday said the previous Muslim League-N government had left a Current Account Deficit (CAD) of $ 20 billion, which was turned by the Pakistan Tehreek Insaf (PTI) government into $800 million surplus as its major economic success. “The former government has left Rs 45 billion in the form of liabilities, including Current Account Deficits, external debt, circular debt and trade deficits, which led the government to go to the International Monetary Fund (IMF), ” he said while talking to APP.

He said that despite of COVID- 19, the government achieved the 4 percent annual economic growth that had stunned the opposition parties and international experts.

Ali Awan said that the government had provided relief to the Agriculture sector, which resulted in growth and acquired four bomber crops this year. The government has allocated additional Rs 25 billion for the growth of the agriculture sector, he said and added that the government had also provided more relief to agri-industry and supported its people for development of a modern agri-industrial base to enhance the export in the sector. At that time, Prime Minister Imran Khan was giving repayments to the textile industry, which set a record for exports during the COVID time and beat all the regional and global players in this sector, he expressed.

He said, due to the government’s wise incentives on agriculture, the rural economy generated Rs.1100 billion in the country’s economy. “I say only a visionary leader like Imran Khan will achieve more economic successes in future and surprise those who used to say that the government is not going to work”, he maintained.

Today, the world’s largest economic gurus and think tanks have believed that Prime Minister Imran Khan’s planning in COVID- 19 was unprecedented, he said.

He also hailed the “tax relief” provided by the government in the budget. “The government has waived off the tax on industrial raw material to minimize the cost of doing business in the country”, Ali said, adding that the government had also decided to introduce tax reforms and automation in the Federal Board of Revenue for enhancing the efficiency in the tax system and expanding the tax net in the country.

“Revenue generation is important for financial inclusion to support the low-income people in the society,” he added.

He said that in the new auto policy, the government announced a reduction of tax on the 1000 CC vehicles while it was already reduced for 800 CC vehicles.

He said the government has also exempted the tax on children’s milk, medicines and medical equipment and the Information Technology (IT) sector to grant relief to the people. “We have also provided tax relief to the construction industry during the COVID- 19 and also reduced the tax from 35 to 20 percent for them to benefit around 40 allied industries that would help increase employment in the country” he said.

Awan said the government has also decided to grant Rs 300,000 loans to each farmer annually in both cropping seasons.

He said that even in these difficult economic circumstances, in the next year’s development budget, the Public Sector Development Program (PSDP) has been increased by 32 percent over the previous year 2019-20 from Rs 650 billion to Rs 900 billion.

“Major focus of the government is to execute the Ehsaas Programme, with its true spirit in 14 different categories for low-income people, including widows, orphans, poor, unemployed, needy students and special citizens in the society,” he said.

In the Budget 2021-22, a significant amount of Rs. 260 billion has been earmarked for the Ehsas program which will alleviate the sufferings of widows and orphans and students will also get scholarships and farmers will also get loans.